David Friedman is considered to be one of the most influential vibraphonists in the history of the instrument. Internationally renowned as a vibraphonist, marimbist, composer and jazz educator, he has his own musical message, born of fascinatingly diverse musical influences. Having worked with such varied musical personalities as Leonard Bernstein, Luciano Berio, Bobby McFerrin, Wayne Shorter and Yoko Ono, few jazz musicians can claim as broad a spectrum of performing and recording experience. The list doesn't stop there. Friedman has been heard either live or on recordings with, among others, Joe Henderson, Horace Silver, Johnny Griffin, Hubert Laws, Jane Ira Bloom, Ron Carter and John Scofield

Berlin Mallet Group is a new ensemble in which all five members play vibraphone and/or marimba, making it a unique group, the only improvising mallet ensemble of its kind. Two members of the quintet are key, David Friedman and Taiko Saito who together produced Sogni D'oro (Italian for “Sweet Dreams"). Considered an influential vibraphonist in the ...

Right from the off, the confluence of grainy flicker and humming drone signals that Beyond won't be like other vibraphone/piano hook ups. Under the moniker Futari, Japanese pianist Satoko Fujii and her Berlin-based countrywoman vibraphonist Taiko Saito don't so much take the road less traveled as revel in the thickets, brambles and unexpected clearings discovered when ... 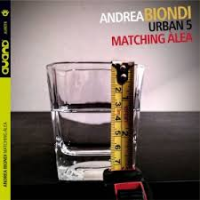