David Evans began playing professionally in his native Alabama before he was old enough to drive to his gigs. A scholarship to Loyola University brought him to New Orleans in 1984, where he quickly became a busy commercial and jazz musician, performing with the likes of Pete Fountain, B. B. King, Mose Allison, Nicholas Payton, Brian Blade, Johnny Vidacovich, Luther Kent, Matt Lemmler, Johnny Mathis, Gladys Knight, The Four Tops, The Temptations, and many others. From 1986 to 1994, David was musical director on the National Historic Landmark steamboat Delta Queen. In addition to performing with and managing his band, he was busy as a writer and arranger for musical shows 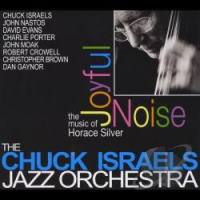 Veteran bassist, arranger/composer Chuck Israels has had the good fortune of performing and recording with some of the best jazz musicians on the planet including legends and icons from Billie Holiday, Benny Goodman, Coleman Hawkins to John Coltrane and Stan Getz among many others, though he is best associated with the Bill Evans Trio from 1961 ... 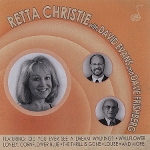 Vocalist Retta Christie exists at the curious intersection of country & western, swing and film music. Country music and jazz may seem strange bedfellows, but bedfellows they have been since the 1920s and bandleaders Spade Cooley and Bob Wills, Jay McShann and Count Basie all slumming together in Great Plains dance halls. It is from this ... 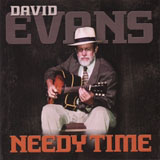 Label: Inside Sounds
Released: 2007
Track listing: Bring the Boys Back Home; Now Is The Needy Time; Highway 51; Adam and Eve in The Garden Of Eden; Old Millington Winery Blues; God Rode In The Windstorm; Brownsville Blues; Tappin' That Thing; Bottle Up And Go; On The Road Again; Baby, Please Don't Go; Loving Blues; Who's That Yonder; Wartime Blues.

Call him a scholar, educator, performer, singer, guitarist. David Evans is all of these and, above all else, a preservationist revered for his knowledge of the blues and a commitment to its survival. He has worked preserving the blues for the last forty-five years. He received a Grammy for best album notes for Screamin' and Hollerin' ...

I Didn't Know About You

Label: Heavywood Records
Released: 2005
Track listing: 1.The Late Late Show 2.Skylark 3.Never Let Me Go 4.Pennies From Heaven 5.I Didn't Know About You 6.I Want To Be Happy 7.Something To Remember You By 8.You Know I Care 9.On A Slow Boat To China 10.Argument 11.So In Love 12.Some Other Time

David Evans: I Didn't Know About You

David Evans is an expressive tenor player who, like a unique vocalist, can use his horn to bring a fresh take to a timeless standard. For I Didn't Know About You , he has engaged a top shelf piano trio that has him successfully maneuvering through a wide range of sentiment to inspire an array of ...