Canadian-born, David Aaron, generally stumbles along as a saxophonist, composer, arranger and producer and has scored music for a number of short films and live theater pieces, including works in the Fringe Theatre Festival. He also regularly works as a freelance saxophonist, including past and current stints with blues/punk innovators Dee Pop's Private World, Kaleta's Zozo Afrobeat, super-rockin' ska band, Bigger Thomas, international cabaret act, Les Funky Bitches Fantastique and New Orleans Mardi Gras collective, The Royal American Social Aid and Pleasure Club. He has also been featured as a soloist with the New York Centre Symphony Orchestra. David has been booed off the stage of The Apollo, as well as having actually performed at venues like The Knitting Factory (NYC, Brooklyn & Hollywood), The Bottom Line, Tonic, 55 Bar, Brooklyn Museum, Minton's Playhouse, The Bitter End, Fillmore [email protected] Plaza, Tonic, Lincoln Center "Out Of Doors" Festival, B.B 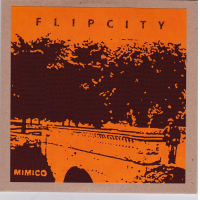 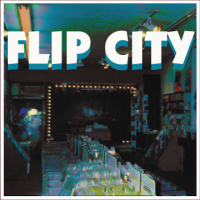 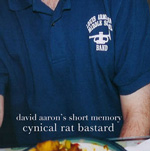 The inside jokes surely abound on Cynical Rat Bastard, a quirky recording from tenorist David Aaron's Short Memory band. With a feel that touches on the '70s rhythm sections of Ian Dury's Blockheads, Bastard is just that, a somewhat unholy combination of melodic and free that screams to be heard as well as whimpers in self ...

There seems to be some external literary programme to this set, but ignoring everything but the music, I can only say this: what a very good and individual tenor saxophonist! David Aaron's done a wide variety of things, so I read. All I know is this one CD, and that's enough for the present context. I'm ...

Are the tunes David Aaron plays on Cynical Rat Bastard short because of his memory? The longest runs close to six and a half minutes; whatever the reason, it's gratifying that he knows when to stop. He and his band make compact statements and move on. Aaron plays the tenor saxophone with telling effect. ...

With a title like this, you might not know what to expect. But the music for the most part is jazz, with equal amounts of modernism and mood. A Toronto native and New York resident, saxophonist David Aaron has a firm handle on what he calls “aural voyeurism." His recording takes on a seductive and cinematic ...