Dave Glasser has performed extensively with the Clark Terry Quintet since 1995 and with the Count Basie Orchestra (1989-91 under the direction of Frank Foster), Illinois Jacquet (1988, 1991-95), and Barry Harris. He also performs with the Dizzy Gillespie All Stars (Feat. Jon Faddis, Frank Wess, Jimmy Heath, Slide Hampton, James Moody) and was a featured soloist with the Earl May Quartet at the Charlie Parker Jazz Festival in NYC in 2000, 2001, and 2002. For the past three years he has performed as a leader on an annual tour in Frankfurt, Germany, the latter with pianist Hank Jones and performs regularly around NYC and the world. Mr

Something of a socio-political scythe--a title and tool cutting straight into the failing system that surrounds us--Hypocrisy Democracy is also a broad statement detailing the ceaselessly looping fallibility of man and his actions. It's saxophonist Dave Glasser's most probing work to date, bound to both our present state of affairs and the history it mirrors, and ...

About Andrea Domenici Born and raised in Lecco , Italy, Andrea Domenici is a jazz pianist and composer who has been living in New York since 2012. A 2016 graduate from The New School for Jazz and Contemporary Music, Domenici has studied with great piano players such as Benny Green, Barry Harris, Kenny Barron, ...

13tet is a group of seasoned New York jazz players, playing charts that let them blow! Smaller and leaner than the usual big band, 13tet emphasizes the players as soloists and personalities, with arrangements rooted in the big band tradition but brought into the 21st Century. It’s hard-driving jazz that explores interesting textures and meters- as ... 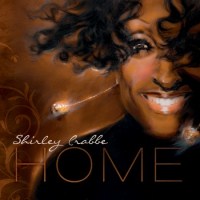 In 2006, jazz singer Shirley Crabbe suffered from a vocal cord injury, not knowing if she would ever be able to sing again. Home is her long-awaited debut, documenting a successful return appropriately acknowledged in the opening Leonard Bernstein piece “Lucky To Be Me." Her remarkable performance gives no clue to the nature of her prior ...