Born in 1985 and raised in Vancouver and Victoria, Hersog has become a vital voice as a trumpeter, composer and arranger. He has toured North America leading large ensembles with such notable musicians as Terry Clarke, Kevin Turcotte, Remy Le Boeuff, Billy Buss, Stuart Mack, Jason Palmer and Kim Cass, as well as Brad Turner, Noah Preminger and Frank Carlberg. Hersog is often featured at the Vancouver International Jazz Festival, in addition to performing regularly in his hometown at Frankie’s Jazz Club and Pat’s Pub. As a sideman, he performs with the Vancouver Legacy Jazz Orchestra, Jaelem Bhate Jazz Orchestra, Super Trumpets and Sonny’s Cousin

This week we open with the Greg Abate Quintet and then go on marking the Charlie Parker centennial. Champian Fulton has a new album honoring Bird, Birdsong and we hear her take on “Yardbird Suite." There are profiles of Kenny Washington, Daniel Hersog and Hal Galper. We also pay respects to musicians that left us in ...

Neon Jazz has spent the last three months interviewing jazz musicians from around the globe on how they are dealing with this global pandemic. This week we open with a trumpeter that has deep Kansas City roots and now resides in Paris. Hermon Mehari released his new album A Change for the Dreamlike and we profile ...

Daniel Hersog is a Canadian trumpet player and composer, here presenting his first big band album, a set of sweeping and progressive orchestral jazz which reflects the current state of the world with shifting moods of unease and cautious optimism. Hersog has a expansive style of writing that draws as much from classical music ... 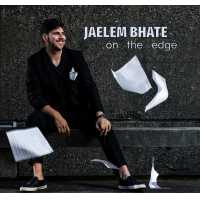 At a time when many contemporary big bands are veering off-course, too often leaving jazz as we know and understand it as an afterthought, foundering and searching in vain for an anchor, it's comforting to encounter an ensemble that is not only as fresh as today's harvest but upholds such time-honored jazz traditions as melody, harmony ...