Another Edition of Listeners’ Favorites!

Listeners' favorites from Gifts and Messages shows 401-410. 'We play the hits!.' See if yours made it to the top of the chart. Enjoy. (That would be a VERY young DrJ in the photo) Playlist Mose Allison “I'm Not Talking" from The Word from Mose (Atlantic) 00:00 Mike LeDonne “From The Heart" from From ...

Have you gotten used to writing or typing 2020 yet? I'm getting there just from filling out Gift and Messages paperwork and metadata! But let's get to the music, starting with a few 21st century tunes from Orrin Evans (putting the street beat to Ornette), trumpeter John McNeil and Russian saxophonist Makar Kashitsyn. Then Bobby Broom ... 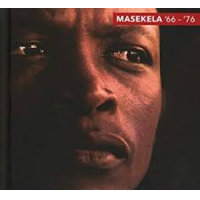 Like his compatriot and close contemporary Abdullah Ibrahim, Hugh Masekela has a 24-carat discography which stretches back six decades and digs deep into the taproot of jazz. Ibrahim is still with us--he has a new album scheduled for June 2019--but Masekela passed in January 2018. Among the several solid Masekela compilations on the market, this 3-CD ...

Kamasi Washington Ogden Theatre Denver, CO October 26, 2018 Kamasi Washington is an ambitious guy. His first major label album was a 3-CD release running 173 minutes, The Epic (Brainfeeder, 2015). He followed that up with a mere 6-song release, but most recently came out with yet another 3-CD set Heaven ...

And Then there Was the Blues