Corcoran Holt, a son of Washington, DC, began playing djembe and other West African percussion at the age of 4 as a member of Wo’se Dance Company under the tutelage of Baba Aidoo Holmes & Mahiri Edwards. As a keeper of the rhythm, Corcoran began his study of classical acoustic bass at age 10 with the renowned DC Youth Orchestra (DCYOP). Soon he learned that his great- grandfather, with whom he shared a birthday, was a bass player who grew up in High Point, NC with John Coltrane. Legend has it that he gave Trane lessons. Corcoran feels called to the bass and his work is about honoring the ancestors. Training Grounds While continuing classical training at DCYOP, Corcoran attended the prestigious Duke Ellington School of the Arts in Washington DC from 1996 to 2000 where he studied classical bass with Carolyn Kellock, and the jazz art form with teachers such as Davey Yarborough, the late Keter Betts and Steve Novasel

Years ago, a group of folks were having dinner at a Westside San Antonio, Texas, restaurant known as Los Barrios. Occasionally, some restaurants there would start a jazz policy. In a place better known for mariachis, this would be a pleasant surprise. One Friday evening, some kid was playing tenor sax, quite a bit of tenor ...

Sounds From The Ancestors 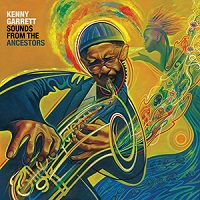 20
Article: From the Inside Out

Saxophonist Benjamin Boone Broadens His Explorations Of Poetry & Jazz With "The Poets Are Gathering," Due Oct. 16 From Origin Records

Benjamin Boone takes his fascination with the merger of poetry and jazz to stunning new heights on The Poets Are Gathering, set for an October 16 release on Origin Records. True to its title, the album finds the saxophonist-composer assembling a large group of acclaimed American poets—11 in all, including Tyehimba Jess (Pulitzer Prize), Patricia Smith ...