Results for "Concert by the Sea"

Born in Pittsburgh in 1921 (Sy Johnson's biographical note in The Erroll Garner Songbook has June 15, 1923 as Garner's birthdate), Errol Garner started playing piano at the age of two (three according to Johnson). He never learned to read music, probably because it was never a necessity for him. He learned to play the 'novelty' styles of Zez Confrey and others from listening to 78 records, a style which used steady left hand chord rhythms to support very free right-hand melodic interpretations. This provided a perfect basis for the hard-swinging jazz style that Garner was to pioneer. At the age of seven, Garner began appearing on radio station KDKA in Pittsburgh with a group called the Candy Kids, and by the age of eleven he was playing on the Allegheny riverboats

Live at Concert By The Sea 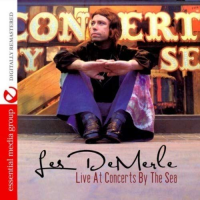