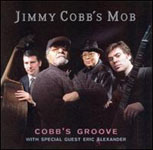 Some decisions are good, others bad, and a few are quite simply inspired, such as producer Todd Barkan's decision to invite tenor saxophonist Eric Alexander to join drummer Jimmy Cobb's Mob on its latest album, Cobb's Groove. I can picture the session as being a pretty good one without Alexander sitting in; with him, it rises ... 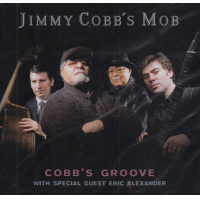