Charlie Shavers was one of the great trumpeters to emerge during the swing era, a virtuoso with an open-minded and extroverted style along with a strong sense of humor. He originally played piano and banjo before switching to trumpet, and he developed very quickly. In 1935, he was with Tiny Bradshaw's band and two years later he joined Lucky Millinder's big band. Soon afterward he became a key member of John Kirby's Sextet where he showed his versatility by mostly playing crisp solos while muted. Shavers was in demand for recording sessions and participated on notable dates with New Orleans jazz pioneers Johnny Dodds, Jimmy Noone, and Sidney Bechet. He also had many opportunities to write arrangements for Kirby and had a major hit with his composition "Undecided." After leaving Kirby in 1944, Shavers worked for a year with Raymond Scott's CBS staff orchestra, and then was an important part of Tommy Dorsey's Orchestra from 1945 until past TD's death in 1956. Although well-featured, this association kept Shavers out of the spotlight of jazz, but fortunately he did have occasional vacations in which he recorded with the Metronome All- Stars and toured with Jazz at the Philharmonic; at the latter's concerts in 1953, Shaver's trumpet battles with Roy Eldridge were quite exciting

Back in early May, I received an email from a reader, Jeremy Mushlin, who had an interesting point: “I will go toe to toe with any Harry James fan and argue that Charlie Shavers was his trumpet-playing equal. Charlie just did not get the same opportunities and also wasn't as well organized as James. Compare Harry ...

At least one dictionary defines an orchestra as “a large instrumental ensemble...which combines instruments from different families including bowed string instruments...woodwinds...brass...percussion..." and “other instruments such as the piano, celeste...and harp..." Or, in the vernacular of New York-based saxophonist Gabriel Evan, a jazz sextet with some but not all of the above. Which is an around-the-block way ...

I like measuring jazz trumpeters on the heat scale. Imagine Chet Baker and Bix Beiderbecke all the way over on the cool left end and guys like Freddie Hubbard and Woody Shaw on the other end. You can almost plot all trumpeters along this line. In the case of Charlie Shavers, I'd probably put him to ...

Hot jazz in every sense

Trumpeter and singer Bria Skonberg, a British Columbia native now making her mark on the New York jazz scene, brought her talents and charm to Southwest Florida on Sunday, March 8. She performed at the Glenridge Performing Arts Center in Sarasota in a South County Jazz Club concert. Skonberg, whose music is rooted in traditional jazz ...

Oscar Pettiford was one of the great jazz bassists on the New York recording scene in the 1940s and '50s. Sadly, his name today is slipping into obscurity. In 1958, Pettiford moved to Copenhagen, where he died in 1960 at age 37. He was the first to play jazz cello in 1949, and few could match ... 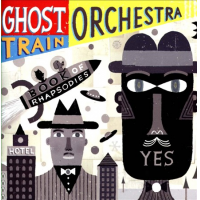 If you were to identify the music from Book Of Rhapsodies as cartoon music and asked to name specifically which cartoons, it might be easy to guess your age. The baby-boom generations would call bandleader Brian Carpenter's music the soundtrack to Bugs Bunny and Yosemite Sam and might guess Carl Stalling. X-Generation would identify the soundtrack ...