Charlie Rosen is an American musician, composer, arranger, orchestrator, musical director, and music producer. He is best known for his work on Broadway, where he has worked on Be More Chill, Prince of Broadway, and American Psycho most recently. He also is the band leader of The 8-Bit Big Band, a video game music cover jazz orchestra, whose videos have over 3 million views on YouTube. Rosen began his professional career as a swing musician for the bass, guitar, and percussion tracks of 13. Preceding his work on The 8-Bit Big Band, starting from 2012, he was the bandleader of Charlie Rosen's Broadway Big Band, where he arranged classic musical theater numbers into music able to be performed by a jazz orchestra and would feature Broadway performers as the vocalists. As of April 2019, he primarily features as a guitarist in the Broadway musical Be More Chill. Rosen can play about 70 musical instruments including the "flugelbone", melodica, Fender Rhodes and theremin

It's about time a big band turned its gaze to and focused its attention on the many memorable songs and melodies spawned by—video games? While it's true these make-believe themes may brook no comparison to Rodgers and Hammerstein, Irving Berlin, the Gershwin brothers, Cole Porter or even Neil Diamond, they are at least Backwards Compatible. And ... 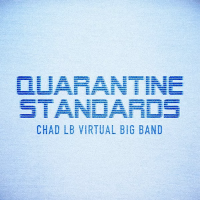