Caroline Kraabel gets sole credit for this album, justifiably, as she composed the music, conducted one performance of it, acted as musical director and played alto sax in another performance of it. However, after listening several times, the album leaves a sneaking feeling that Robert Wyatt probably deserved equal billing rather than just being mentioned in ... 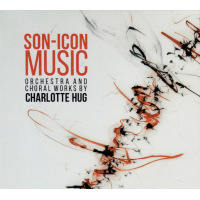 For many followers of improvised music, their first experience of Switzerland's Charlotte Hug was around the turn of the millennium, as a viola player, an instrument on which she was classically trained. In collaborations such as the all-female trio with Maggie Nicols and Caroline Kraabel, or the London Improvisers Orchestra (LIO), she soon gained a reputation ...

Caroline Kraabel - Phil Hargreaves: Where We Were 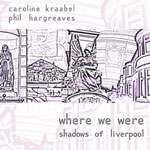 As part of the London Improvisers Orchestra, American-born and London-based instrumentalist Caroline Kraabel is no stranger to electro-acoustic incorporations of all varieties, but Where We Were takes such concerns to the next level. While the playing is outstanding, it is the world invoked between each utterance that makes the disc one of the most fascinating soundscape ...