Grammy nominated Dutch saxophonist and vocalist Candy Dulfer has been performing since age seven, leader of the band Funky Stuff since age fourteen, an international recording artist since age nineteen, and has toured world-wide since age twenty.

The Budapest Music Center, known by its acronym BMC, was founded in 1996 by Hungarian trombone player, music educator and entrepreneur László Gőz. Upon initial conception, the institution's main goal was to create a musical network to help Hungarian musicians and other interested parties to gain an overview of the country's musical happenings, past and present, ...

On January 10, 1994, Pink Floyd announced its upcoming North American tour in support of what would be its second studio album following the 1984 departure of bassist and band co-founder Roger Waters, The Division Bell (Columbia/EMI), a little more than two months before its release on March 28 of the same year. The first of ...

In Richard Bach's book Jonathon Livingston Seagull (Macmillan 1970), the tale of a seagull with a passion for flight and freedom, there is a line that goes: “Don't believe what your eyes are telling you. All they show is limitation. Look with your understanding. Find out what you already know and you will see the way ...

Entertainment Cruise Productions, LLC (ECP), the world leader in live entertainment at sea, announces the debut of The Contemporary Jazz Cruise, a luxury full-ship charter featuring a lineup of the greatest jazz artists in contemporary music. With more than 40 Grammy Awards between them, this incredible assembly of superstars will come together for one unprecedented week ... 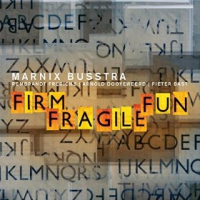 Let's get one thing out of the way: guitarist and leader of the eminently capable quartet featured on Firm Fragile Fun Marnix Busstra sounds a great deal like John Scofield. Busstra's tone, phrasing, attack, and even his choice of guitar parallel those of the celebrated solo artist and ex-Miles Davis plectrist. When he digs into the ...

The Bimhuis is turning 40 and is still very much in its prime. Beginning October 1, jny: Amsterdam's venerable jazz club will celebrate this milestone with a variety of concerts, activities and special events. The Bimhuis opened in 1974 after a lengthy search for a suitable venue for improvising musicians. Over the next decades it would ...