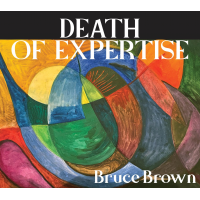 When Bruce Brown lived in Los Angeles, he enjoyed a whirlwind of what he calls “live furniture background gigs,” countless casuals, and hipper engagements, like singing and playing piano in the lobby of the L.A. Biltmore Hotel. While doing this, he decided to take a leap of faith and pursue his longtime dream of songwriting full ...

Stay Right With It

Label: La Brava Music
Released: 2004
Track listing: United Blues, Emily, I Thought About You, Three Little Words, I'll String Along With You, Get Out of Town, 50-21, Sweet Lorraine, Angel Face, Stay Right With It.

Brendan Clarke: Stay Right With It

Brendan Clarke is a young Australian bassist and leads this piano trio through a well chosen set list of standards and fairly obscure jazz standards. I've always suggested in my reviews that in lieu of playing a bunch of original songs, musicians should go for the compositions of well-received jazz masters. Along with the six standards ...