Billy Bauer (1915 - 2005) was already an established professional guitarist in New York when players like Johnny Smith and Jimmy Raney arrived on the scene. He played with the Jerry Wald band before joining Woody Herman in 1944 as a member of the 1st Herd. And in 1946 he played with Benny Goodman and Jack Teagarden. Billy Bauer established and distinguished himself as a solid rhythm player with these bands but it was in the small groups that emerged from these bands, lead by Chubby Jackson, Bill Harris and Lennie Tristano, that Billy Bauer established himself as a significant soloist in the evolving bebop movement

They called it the Cool School, but what's in a name?In this case, quite a lot as it happens. The Cool School included musicians like Chet Baker, John Lewis and the Modern Jazz Quartet, and Dave Brubeck. Under the guidance of arranger and composer Gil Evans, it established itself in an unquestionable way with ...

“Music is a universal language." “Jazz transcends bloodlines and borders." Listening to guitarist Pamai Chirdkiatisak's debut album, Dreamer, one quickly realizes that those phrases are more than mere slogans or platitudes. The fact that Chirdkiatisak's admirable quartet is based in Bangkok, Thailand, is apparent only when reading the album ... 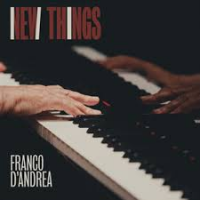 Pianist Lennie Tristano was a very visible participant in the modern jazz innovations of the mid-1940s through the early 1950s, winning polls and participating in all-star jam sessions. Yet his music was always a little outside the mainstream and was increasingly so as he began to experiment with fully improvised performances by 1947. While his focus ...

I've been around as a musician long enough to understand when a promoter or booker ghosts me. “Yeah, sure, send me an email," they say in that sincere way that sounds like someone saying, “Of course I love you" just to shut you up. It comes with the territory, and a musician has to be Zen ... 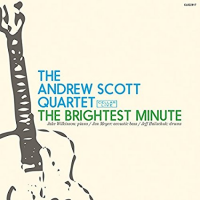 To say that guitarist Andrew Scott's new CD, The Brightest Minute, leans backward as much as it does forward isn't a slam, it's a compliment. It's always a pleasure to hear a musician who salutes the prowess of his predecessors--in this case, masters like Billy Bauer, Johnny Smith, Tal Farlow, Barney Kessel, Jim Hall and others--and ...