Arun Ghosh is a British-Asian clarinettist and composer. His second album, Primal Odyssey, was released in October 2011 on camoci records. In 2008 he was selected for Edition IV of the Jerwood/PRS Foundation 'Take Five' initiative for emerging jazz musicians produced by Serious. In 2009, he was invited to perform at the jazzahead! Festival in Bremen, Germany as part of the UK showcase presented by Jazz Services. In 2010, he was made an Associate Artist at The Albany Theatre, London - a position still held and in April 2011, Ghosh was made an Artist-in-Residence for the Southbank’s Alchemy Festival. September 2011 saw Arun Ghosh feature as the cover star for Jazzwise magazine, the UK's biggest selling jazz magazine. Conceived in Calcutta, bred in Bolton, matured in Manchester and now living in London, Arun Ghosh's musical vision and vocabulary reflects his rich geographical heritage. His Indo-Jazz Sextet play original music of South Asian origin with a contemporary jazz attitude,rocking urban beats and the passion of punk. Sweet and timeless melodies give birth to soaring improvisations and raag explorations, driven by a heady mix of dub-reggae bass, tabla trickery and ferocious drum explosions. The first Arun Ghosh IndoJazz Sextet performance took place at the London Jazz Festival in 2007. The stellar line up consisted of: Arun Ghosh - clarinet, Idris Rahman - tenor saxophone Dr Das - bass Aref Durvesh - tabla and dholak Kishon Khan - piano Myke Wilson - drums This band rocked the Southbank - see footage http://www.youtube.com/camocivision - and has since lit up the British jazz scene with intense and cathartic performances at clubs, festivals and melas in London and around the country. Alternative line-ups include Liran Donin (double bass), Shabaka Hutchings (tenor saxophone), Nilesh Gulhane (tabla), Rastko Rasic (darbuka), Corey Mwamba (vibraphone) and Pat Illingworth (drums). Arun Ghosh released his debut album "Northern Namaste" on camoci records in 2008 to critical acclaim 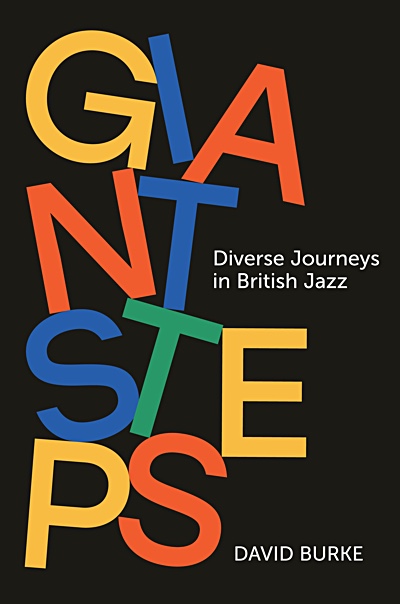 This show features an interview with clarinetist Arun Ghosh from the Cheltenham Jazz Festival. We talk about everything, from music in general to his composing and the recorder. We also discuss his latest album But Where Are You Really From. Plus lots of new music from artists like D.F.A. through to Beledo. Playlist ...

Music From Out There, In Here: 25 Years Of The London Jazz Festival 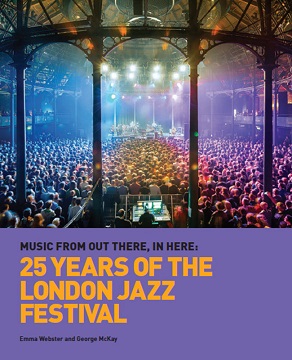 Music From Out There, In Here: 25 Years Of The London Jazz Festival Emma Webster, George McKay 136 Pages University Of East Anglia 2017 There was a time when London had more jazz festivals than you could shake a stick at. Most, however, have disappeared, leaving the London Jazz Festival, ... 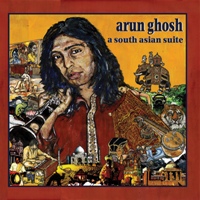 The following list represents my personal favorites of those CDs I reviewed this year. I am convinced that we live in a great age for jazz/creative music. You can only ever listen to a very small percentage of what's out there, but it's still a privilege to able to access this much terrific music. 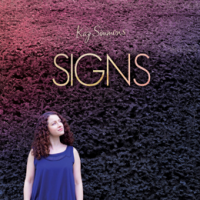 As 2013 drew to a close the Jazz Police appeared to be resurgent, at least in the UK--busily condemning those foolish enough to make and/or enjoy popular music and entertainment rather than listen to the latest cutting-edge ensemble from somewhere or other. Thankfully, the musicians just got on with it. In at least ten cases, they ...

Enjoy Jazz Festival Heidelberg/Mannheim/Ludwigshafen, Germany October 2-November 18, 2013 Enjoy Jazz is an event that can be attended in its entirety only by the lucky residents of the metropolitan area located in the Rhine-Neckar Triangle--and that for the simple reason that it runs for seven weeks. The good news is that ...

Enjoy Jazz 2013 Heidelberg/Mannheim/Ludwigshafen, Germany November 6-14, 2013 It's always a treat to return to Heidelberg for Enjoy Jazz. As a very intended contrast to most jazz festivals, that compress a lot of music into a very short time, Enjoy Jazz's founding premise, when it was first conceived 15 years ago by ...