Aron Koos-Hutas is a Hungarian trumpet player, producer, songwriter. He began dealing with music at a young age and performed in various musical venues throughout his childhood. At the beginning he was inspired by Maurice Andre and chose the trumpet as his instrument. Now his trumpet playing is primarily inspired by the listening experiences of Clifford Brown, Miles Davis, Freddie Hubbard, Michael Jackson and the Earth, Wind and Fire. Aron received classical trumpet education at the Lajtha László Musical School from 1991 and at the Weiner Leo Classical Music Highschool from 1997 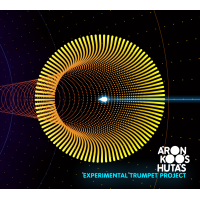