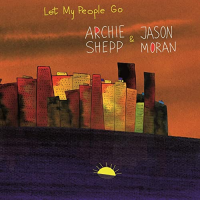 Now an octogenarian, Archie Shepp's name is quite often spoken in the same sentence as that of John Coltrane. Shepp was born a decade after Trane and is associated with the great one's 'New Thing' and 'Fire Music.' His music though, post-Ascension (Impulse!, 1965), might be better equated to that of Billie Holiday, who was born, ...

I Hear A Sound 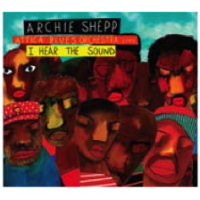 I Hear the Sound

Archie Shepp: I Hear A Sound

Lest we forget. And certainly, how could we forget the struggles of the late-sixties and early- 1970s against racism, oppression, the Vietnam War? With the assassinations of JFK, MLK, Malcolm X, and Bobby Kennedy and the counter-culture movement scrambling the American identity, some believed the country was ripe for its own revolution. Music was ...

I Hear the Sound

Saxophonist Archie Shepp wrote “Attica Blues" in 1972, not long after a five-day uprising at that New York state prison left thirty-nine people dead, twenty-nine of whom were inmates. Now, more than forty years later, Shepp's Attica Blues Orchestra (comprised for the most part of French musicians) has resurrected the “Blues" and made it the linchpin ...

Recorded in France in 2012 and 2013, I Hear the Sound is a live recording of saxophonist Archie Shepp's oratorio, “Attica Blues," co-written and arranged with Cal Massey in 1971, which was first heard on an Impulse! album a year later. Most of that album, Attica Blues, is revisited, with some adjustments to the running order ...