In the music world, jazz and blues have a long history as close companions, but singer Antoinette Montague joins those genres in holy matrimony on her debut album, Pretty Blues. The phrase “Pretty Blues” is simply another way of describing Antoinette’s jazzy-blues. Her strength is combining the heartfelt passion of the blues with the sophistication of jazz. Her style can be powerful one moment and soft-and-delicate the next. Her lusty and soulful voice reaches right into the heart of the listener. “At times I have been called a jazz singer who can belt the blues, and other times they say I am a blues singer who can swing with a jazz band,” states Montague

William Gati Bom April 1O, 1959, in Rio Di Janeiro, Brazil Initially trained as a classical pianist (he studied at Juilliard from the age of 8), William Gati has been drawn to Jazz while studying with the great John Lewis (Modern Jazz Quartet). After graduating from City College (1981), he has played in various church venues and has been influenced by gospel music. He has also been involved in directing and performing in musicals and has been influences by the Broadway Show style. His greatest strength, however, is in improvising and performing jazz standards and original compositions. He has been influenced by Sir Roland Hanna (a good friend and Professor at Queens College), John Lewis (another friend), Herbie Hancock, Dr

15
Article: In the Studio 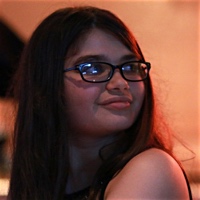 Phoebe Jacobs, who left us on April 9, 2012 just a couple of months shy of 94, was a most remarkable lady who did so much for the music and its makers, as so well-documented in last month's Big Band in the Sky.I first encountered Phoebe when she was handling press and taking care ...

February is one of those months when this New York Beat column could expand into a full periodical because of the plethora of jazz activity occurring in Gotham. I began my trek early in the month, when the city was buried in crystal mounds of snow from winter storms that had pounded the ... 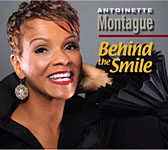 Label: In the Groove
Released: 2010
Track listing: Behind The Smile; I Hadn't Anyone 'Till You; Give Your Mama One Smile; Ever Since The One I Love's Been Gone; What's Going On; The Song Is You; I'd Rather Have a Memory Than A Dream; Lost In Meditation; Get Ready; Summer Song; Somewhere In The Night; Meet Me At No Special Place; 23rd Psalm.

Antoinette Montague Releases "Behind the Smile" on in the Groove Label

New York, NY—Newark New Jersey native Antoinette Montague has come of age with her upcoming release Behind The Smile on In The Groove, distributed through Allegro Music. The album is set for release February 9, 2010. The Behind The Smile album is a showcase for the vocalist' diverse range and abilities to take an R & ...

Meet Antoinette Montague:Antoinette Montague likes to say she simply sings “people music." Make no mistake about it, she is a jazz singer through and through, but one who pushes the genre's boundaries. On her new recording, Behind the Smile, Montague sings classic jazz standards (new and old), resurrects lovely-but-obscure melodies, blends in blues and ...

Antoinette Montague shows what is Behind the Smile--eclectic taste and strong delivery. She is joined by choice company on this outing: Mulgrew Miller (piano), Bill Easley (saxophone, clarinet and flute), Peter Washington (bass) and drummer Kenny Washington, who doubles as producer. Montague's programmatic choices are a varied mix, including blues, soul, the Great ...