An echo can soothe, and an echo can haunt. In Roman myth, Echo is the beautiful nymph with the musical voice forever calling after a boy in love with his own reflection. Critically-acclaimed singer-songwriter Alyssa Graham's sophomore CD, the aptly-titled Echo, is a musical travelogue that traces the arc of a modern-day love affair and infuses it with a mlange of Jazz, Pop and Brazilian rhythms, bound together by the unforgettable timbre of Graham's stunning voice. Echo was produced by Jon Cowherd (The Brian Blade Fellowship, Lizz Wright) and is set for release July 29th on Sunnyside Records with distribution through Ryko. Called “A beautifully controlled and sumptuous voice" by All About Jazz, “Something special and truly unique" by critically-acclaimed vocalist Luciana Souza, “Lovely and haunting" by The New Yorker and “Comforting, exciting and spellbinding" by People Magazine, Alyssa began laying the foundations for Echo in January of 2006

With the daily online radio show Rockwired Radio Profiles continuing to shine a light on indie music from throughout the U.S. and abroad and the weekly show Aboriginal Sounds' coverage of contemporary Native music, Rockwired.com has been keeping busy. Now, the online radio station will be launching a new weekly online radio series entitled Jazzed and ...

Rockwired.Com Announces New Weekly Online Radio Show Entitled "Jazzed And Blue: Profiles In Blues And Jazz" In The Summer Of 2011

(May 11, 2011) With the daily online radio show Rockwired Radio Profiles continuing to shine a light on indie music from throughout the U.S. and abroad and the weekly show Aboriginal Sounds' coverage of contemporary Native music, Rockwired.com has been keeping busy. Now, the online radio station will be launching a new weekly online radio series ... 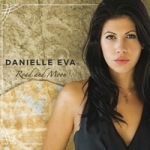 What do you get when you mix one part Lizz Wright, one part Alyssa Graham and a dash of Chiara Civello? The answer is vocalist Danielle Eva. Eva's music could be characterized as roots-infused jazz with a pop spin on the production, but plenty of other influences seep into the mix. A large cast of musicians ...

Jazz St. Louis has just posted the latest installment in their series of podcast interviews: a chat between JSL's Gene Dobbs Bradford and singer Alyssa Graham, who will be making her St. Louis debut this Wednesday, March 3 through Saturday, March 6 at Jazz at the Bistro.You can listen to an audio stream of ...

Jazz St. Louis has announced another change in the season schedule for Jazz at the Bistro. From the letter sent out to subscribers:“Due to scheduling conflicts, Joey DeFrancesco has been forced to reschedule his dates for March of 2010. To make things easier for everyone, we have switched his dates with those of Alyssa Graham. ...

Alyssa Graham performs from her critically acclaimed new album Echo out now on Sunnyside Records. She will do two shows on Saturday, August 29th at Chris' Jazz Cafe in Philadelphia, PA. Echo was named one of the: “Top 10 Vocal Albums of 2008" --iTunes “Critics' Choice 2008" by Jazziz Magazine ...

Alyssa Graham performs from her critically acclaimed new album Echo out now on Sunnyside Records. She will do two shows on Monday, April 27th at Lincoln Center Jazz--Dizzy's Club Coca-Cola as part of the annual “Sing Into Spring" festival. Echo was named one of the: “Top 10 Vocal Albums of 2008" --iTunes ...

Alyssa Graham Performs at the Tin Angel on January 30th

Alyssa Graham returns to Philadelphia to perform from her new album Echo on Sunnyside Records. Echo was named one of the: “Top 10 Vocal Albums of 2008" by iTunes “Critics' Choice - Best of 2008" by Jazziz Magazine “Publisher's Top Pick for 2008" by All About Jazz “Top ...