Allison Au is an award-winning Canadian Saxophonist, Composer and Arranger. Leader of the Allison Au Quartet formed in 2009, Au’s debut album, “The Sky Was Pale Blue, then Grey” earned a Juno nomination in 2013, and her sophomore album “Forest Grove” seized the Juno for "Best Jazz Album of The Year: Group" in 2016. Born to a Chinese father and Jewish mother, and raised in the multicultural metropolis of Toronto, Allison was captivated by the unhinged freedom of Jazz in childhood. Her music evidences a mosaic of influences woven into a seamless and soulful sound, steeped in the tradition of Jazz but skillfully laced with elements of Classical, Pop, R&B/hip hop, Latin, and world music. ​ The Allison Au Quartet has toured extensively in Canada and the US 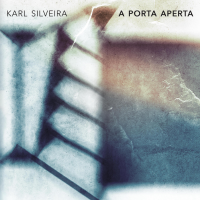 Toronto-based trombonist Karl Silveira opens his debut recording, A Porta Aperta, with no ego at all. The disc spins into life with “Nymark Plaza," featuring an arrangement which allows the rhythm section—pianist Chris Pruden, bassist Dan Fortin, with Nico Dann on drums—a good deal of room to stretch out after a brief beginning of understated harmony ...

This broadcast features new releases from saxophonist Berta Moreno, bassist/vocalist Kristin Korb, guitarist George Gilliam and pianist/vocalist Lauren Lee with birthday shoutouts to Ella Fitzgerald, Roxy Coss, Charles Mingus, Alan Broadbent, Lara Downes and Kendra Shank, among others. Thanks for listening and please support the artists you hear by purchasing their music during this time of ...