Greek oudist, pianist and composer Alekos Vretos has been merging jazz, Arabic, Greek and Latin music in a masterful blend of sounds from traditional instruments, such as the oud or the nay, vs. the modern ones. As a bandleader, Alekos has developed a unique atmosphere for his music: keeping traditional sound in the front line, he expands it through jazz improvisation and exploding rhythmic development. In 2014, Alekos released his 2nd personal CD “K. on Top”. A long way musically from his previous work “Mergin’”, “K. on Top” is a statement of how World music and Jazz should be mixed without becoming to separate genres in one piece 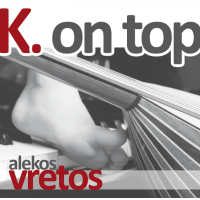 All musical genre can be blended with one another. As I get older and more persnickety, I am coming to believe that just because two musical traditions can be blended that they necessarily should be. I have listened to countless experiments with cross-pollination that best have been left alone. Gratefully, this is not true of Greek ...

Jadeo Music & Ankh Jazz presents K on Top, a new CD by Alekos K. Vretos. After his debut album Mergin’ in 2009, oud soloist and composer Alekos K. Vretos embarked on a new journey through music he loves. Mixing and matching over the years with his various ensembles (trios, quartets, quintets), he found the musical ... 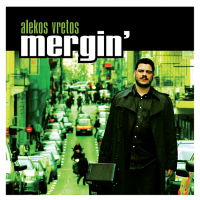