For The Love Of Bass 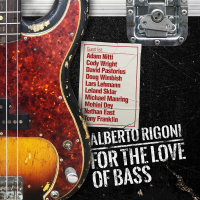 Music from Turkish pianist Fahir Atakoglu from his album If, Italian bassist Alberto Rigoni, Billy Cobham, and a jazz funk section featuring Phat Funktion, Tower Of Power and Otis McDonald. We finish with Return To Forever. Playlist Fahir Atakoglu “If" from If (Far & Here Music) 00:00 Daisuke Kunita “Flat Line" from In My ...

The Funky Side Of Jazz Fusion, Plus Music From Italy And Germany