These Are My Roots: Clifford Jordan Plays Leadbelly

The younger brother of Percy and Jimmy Heath, Albert "Tootie" Heath has long been a top hard bop-based drummer with an open mind toward more commercial styles of jazz. After moving to New York (1957), he debuted on record with John Coltrane.

The great New York-born, Chicago-based jazz guitarist Bobby Broom starts this week's episode of Neon Jazz with a tasty cut off his new CD Soul Fingers. As the hour moves forward, we focus on a musician that has played a great influence on Bobby, Walter Bishop Jr., and music from modern bassist Alexander Claffy. 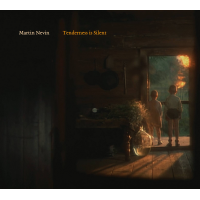 After numerous sideman appearances with a wide swath of the jazz world, from Albert &#147;Tootie" Heath to Greg Osby and Ambrose Akinmusire, bassist Martin Nevin felt it was time to take on a more prominent role. For Tenderness is Silent, his debut disc as a leader, he's assembled a top-flight band, especially as these players are ...