Born in Newark, NJ, Al began playing the bass guitar at the age of 13. He was influenced early on by Jack Bruce and Felix Papalardi, two bass visionaries who helped expand the role of the bass guitar in rock music. His musical horizons were broadened to include Jazz, Classical, and Indian music after hearing John McLaughlin and the Mahavishnu Orchestra. Later on, the music of Allan Holdsworth inspired Alfred to take up the electric guitar as a means of expressing another side of his musical persona. Other influences on his playing include the music of J.S. Bach, Charlie Parker, Bela Bartok, Eric Johnson, Jaco Pastorious, Jeff Berlin, Brand X, ELP, Yes and pianist Bill Evans. Al has performed and recorded many types of music 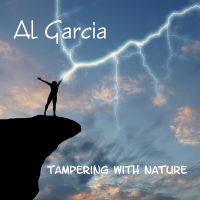 Label: Independent Records
Released: 2002
Track listing: Make It So; On Cloud Ten; The Unexpected Answer; The Heart of the Matter; Menuet; Communique; Harmonic Sketch #1; Driving Through Krystal Town; Natural Knowledge; Journey to the Center of the Earth; A Bird in the Hand/Mosaic; Once Upon a Dream.

Al Garcia: Make It So

Hard-hitting, well-executed fusion from a promising new voice. The arrival of CDs which feature one individual playing most of the instruments tends to give chills to reviewers. Fortunately, Al Garcia breaks the mold by crafting inventive, appealing arrangements that utilize all the sounds he has on hand to good effect. He is a member of the ...