Leading Polish jazz saxophonist, composer and band leader. One of the most interesting and creative European musicians as well as one of the greatest innovators in Polish jazz according to international press. He performs in all parts of the world and has won numerous awards. In 2019 he was named, for the 15th consecutive year, as Jazz Forum magazine's Best Soprano Saxophonist. He has been nominated 18 times for Poland's Fryderyk award (Polish Grammy) in altogether 14 categories, winning the 2 most important statuettes - Jazz Musician of The Year and Jazz Album of The Year. He served as Artistic Director for the Jazz aux Oudayas and Jazz au Chellah festivals in Rabat, Morocco (2005- 2006), Sopot Jazz Festival in Poland (2011-2015) and since 2019 - Jazz Juniors Festival in Krakow, Poland. He also composes music for theater productions 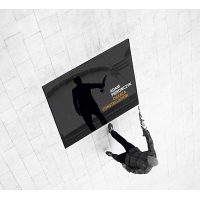 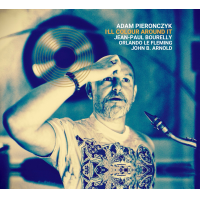 Aire De Agua from saxophonist David León is a very impressive recording. It's one of the highlights of this episode. Bassist Sean Conly keeps his string of fine recordings going with his latest, The Buzz, and you'll hear samples from other new releases from two Argentinians, drummer Axel Filip and saxophonist Rodrigo Dominguez, trumpeter Thomas Heberer, ...

An intriguing track by saxophonist Adam Pieronczyk on a compilation of Polish jazz artists, 12 or so years back, ushered me into the current Polish scene, and I've been enjoying it since. Adam's latest features guitarist Jean-Paul Bourelly. drummer Francisco Mela was mentored by {m: McCoy Tyner}} so he's honouring that important relationship with a three-album ... 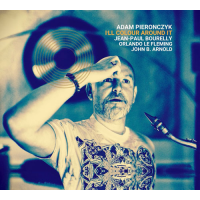 Sometimes music sits in the cellar and ages like fine wine. In 2016, Polish saxophonist Adam Pieronczyk recorded in the quartet outing I'll Colour Around It and a solo soprano saxophone recital, Oaxaca Constellation, both self-produced. These two albums rise up from those wine cellar steps in 2021, ready for consumption, spinning out sounds as intrepid ...