Sadiki Pierre is a talented upright bass player who is uniquely capable of playing and fusing almost any style of music including classical, jazz, latin, reggae and R&B. When he first started playing the upright bass, he had no interest in actually learning the instrument and instead was only looking for a way to get out of his sixth grade class. Fortunately, he chose the right distraction from his schoolwork. It soon became apparent that he was quite musically adept. Although his parents could not initially afford to buy him his own instrument and pay for private lessons, he was still chosen to perform with the New York State School Music Association’s All-State Orchestra in addition to performing with another prestigious student orchestra throughout Europe. Despite the encouragement of those closest to him to study at a school like Juilliard or Berklee to become a full-time musician, Sadiki chose to attend an aviation school called Daniel Webster College in order to pursue his childhood dream of becoming a professional pilot 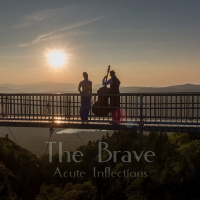 There has been a rise in the popularity of performing and recording duos in jazz in the late 2010s. One of the most sought-after partnerships in NYC for high-end parties is that of bassist Sadiki Pierre and vocalist Elasea Douglas. Though Pierre and Douglas' backgrounds are quite diverse, a connective tissue is a love ...