Argentine pianist and composer Marco Sanguinetti had established a solid and unique style with his solo effort Improvisiones (MDR, 2005). His penchant for emphasizing percussive effects and recurring variations of phrases are elements that he has consistently employed in his recordings. With El otro (Acqua, 2011) he placed a stronger prominence on lyricism while maintaining a ...

Argentine pianist Marco Sanguinetti mocks any attempt to position himself in a defined style or genre. This gifted composer and jazz improviser and his trio Pibe-A previously recorded complete interpretations of Radiohead's Kid A and Pink Floyd's Dark Side of the Moon. But on his fourth solo project, 8 he deliberately focused to write compositions with ...

From jny: Buenos Aires, pianist and composer Marco Sanguinetti digs art from numerous sources to create a feeling which is unique. Quite inspired, Sanguinetti along with his Pibe A group did a remake in 2010 of Radiohead's album Kid A, retorted in 2012 with a remake of Pink Floyd's The Dark Side of the Moon, and ... 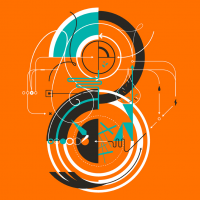 8 is the new album by Marco Sanguinetti, who has been around for a little while. Sanguinetti has made three previous albums Improvisiones (MDR 2005), Franz Processes (2008), The Other (2011) and now8, the last three being produced on the Acqua label. He has played with Rodrigo Gomez, Leila Cherro (who also plays on '8'), La ... 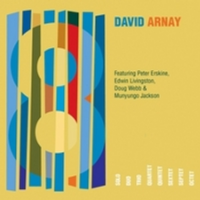 Los Angeles pianist/arranger/composer David Arnay releases his third recording as a leader in the theme-minded 8. Eight signifies both the number of selections on the disc as well as the sequential sum of instruments added to each performance, from solo to octet performance. So, the premise is Arnay adds one instrument to each piece as he ... 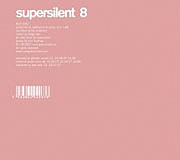