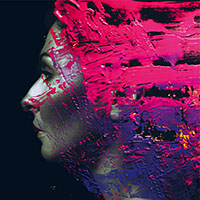 Sometimes you never can tell. When British singer, songwriter and multi-instrumentalist Steven Wilson released the old school progressive rock record The Raven That Refused to Sing (And Other Stories) (Kscope, 2013), who knew that it would not only turn out to be his best-selling album since walking away from Porcupine Tree to begin an increasingly successful solo career with Insurgentes (Kscope, 2009), but become the most successful album in his entire career? That progressive rock has been making a resurgence over the past couple of decades is undeniable. Still, that an album based on classic-style ghost stories and filled with all the touchstones that define a great progressive record (and more, given Wilson's broadest of musical proclivities) should do so well seems to support the idea that Wilson is someone whose instincts, aversion to repeating himself and ingrained license to do what he wants can be implicitly trusted. All this from an artist, now well into his third decade, on an indie label without the benefit of the big bucks provided by the few remaining majors. Bucking virtually every convention in today's music business, Wilson's career and exponential rise to fame has, quite simply, been extraordinary.

It would have been easy for Wilson to take the easy route and pump out a Raven, Part II, but instead he has taken an almost complete 180 degree flip with Hand. Cannot. Erase.—his first full-fledged concept album, loosely based on the story of Joyce Carol Vincent, a woman found dead in her London flat after three years and rather than being the little old lady who died alone as most would expect was, instead, a young, attractive woman with friends and family. Wilson has taken this core idea as the kernel for his own fictitious narrative—challengingly, from the first-person perspective—of a woman who grows up in the late 20th/early 21st century and slowly begins to withdraw from the world, rendering herself increasingly invisible.

Lyrically, it's some of Wilson's best writing to date, capturing the female experience with surprising veracity, the story unfolding to its logical conclusion: a heart- rending letter to her brother that, before concluding with the words "I'm feeling kinda drowsy now so I'll finish this tomorrow" (but, of course, never does), talks about life passing her by "like trains, away but they don't slow down" and how she feels she is "living in parentheses" as she sees "the freaks and dispossessed on day release, avoiding the police" and that she feels as though she's "falling once again but now there's no-one left to catch me." More importantly, Wilson's delivery of the lyrics is as emotive as he's ever been; and no, he's not changed his overall understated approach to singing, but he's become far more masterful at implying much with but the subtlest of gestures, whether it be the slightest bit of vibrato, a hint of grit or a brief jump into falsetto.

Unlike The Raven—recorded in just a week with his touring band (all of whom appear here but on far from on every track), with a second week for overdubs, a mix and it was done—Hand. Cannot. Erase. is more a studio concoction, with layers and layers of overdubs, an orchestra on a couple tracks and, for the first time in Wilson's career, a boy's choir—both arranged by Wilson and/or Dave Stewart, he of Egg, Hatfield and the North, National Health and the "pop music for adults" duo with longtime musical and life partner, Barbara Gaskin. Other participants beyond his touring band include drummer Chad Wackerman (who subbed for regular Marco Minnemann on some of Wilson's 2013 tour dates), former XTC and now Big Big Train/Tin Spirits guitarist Dave Gregory, and perhaps most importantly, Israeli singer Ninet Tayeb, who helps bring even further verisimilitude to the aptly titled and largely balladic (barring one outburst of near- metallic intensity) "Routine" and "Ancestral," a thirteen-plus minute epic that traverses considerable musical territory as it builds to the album's climactic peak—and is the only track to feature Wilson's band mate from his past two tours, Theo Travis, here on flute and baritone saxophone, but who will sadly be absent from the upcoming tour.

"Considerable musical territory" is, perhaps, an apt description of the entire recording. If The Raven was an unrepentant progressive rock record, Hand. Cannot. Erase. casts a much bigger net, incorporating the many things that Wilson describes in his 2015 All About Jazz interview as "buzzing around inside my head." Absorbing the album as the 65-minute whole it's intended to be—a narrative that's as much a musical one with repeating motifs and thematic ideas, as it is in the actual tale it tells—there are plenty of progressive elements. Most notable is the Mellotron M4000 that Wilson purchased a year ago, and which is the only instrument to be found across the entire album, barring the beautiful "Ascendant Here On...," one of many tracks to feature Wilson's Ghostwriter—a software package he developed with Doug Rogers that includes hundreds of multi-sampled instruments and presets, amongst other things; keyboardist Adam Holzman's increasingly sparse piano that ultimately concludes the record on an appropriately unresolved note; and the Cardinal Vaughan Memorial School Choir, whose angelic voices represent the album's subject leaving this life and ascending...somewhere.

Being a more contemporary subject than The Raven's classic ghost stories, Hand. Cannot. Erase. must be, by definition, a more modernist record sonically and thematically. Drum loops can be found; there's programming on a number of tracks; and the amount of retro analogue synths are kept to a minimum, with Holzman contributing only one (stunning) Moog solo to "Home Invasion"—an epic, episodic track that, after a brief Mellotron motif, is best described by Wilson as turning into "death metal, morphs into jazz fusion, shifts down a gear into funk, then a couple of more traditional Moog and guitar solos, all rounded off with a piano/banjo duet." What's most remarkable is that this seemingly disparate group of elements manage to come together into something that makes perfect sense.

As much as Wilson's progressive rock roots cannot be denied on Hand. Cannot. Erase., nor can the folkloric elements of "Transience"; the electronica inflections of "Perfect Life," with its drum loops and otherworldly textures; the hard- strummed, Pete Townshend-like acoustic guitars as the opening "First Regret" segues into "3 Years Older"; and the unabashed pop of "Hand Cannot Erase," with its singsong chorus and jangly Rickenbacker 12-string guitar, courtesy of Dave Gregory. Or—perhaps even more importantly—how Wilson often brings these multifarious elements together into something redolent of all while managing to create a new whole that somehow sounds like something else entirely.

If anything, rather than being a Progressive Rock album with a capital "P," this is a progressive album in the dictionary sense of the word; an album that represents progression for Wilson and, with its unintended but undeniable crossover appeal, an album that moves music forward in a way that's detailed under the hood but immediately accessible throughout. And no single song, despite every one of them standing on their own merits, matters as much as the eleven of them taken together, as a single, 65-minute experience.

Touring mates Holzman, Minnemann, Guthrie Govan (guitar) and Nick Beggs (bass, Chapman Stick, backing vocals) make plenty of appearances on Hand. Cannot. Erase., with Holzman making the most showings on all but one of the album's eleven tracks—a tremendously talented and versatile player who has clearly become fundamental to Wilson's current musical vision. What is, however, most noticeable about the record is—with this being much more of a Wilson solo record like Grace for Drowning (Kscope, 2011)—just how much better a player Wilson continues to become. Not that he was at all shabby with Porcupine Tree, No-Man, Bass Communion, Incredible Expanding Mindfuck or any of the other projects he's lent his name and expertise to over the years, but the old adage of raising your game by playing with people who are better than you has clearly applied to Wilson, who has simply never played or sung better.

There may be hardcore progressive fans who will balk at the idea of programming, drum loops, electronics and pop songs. But for those with open ears and open minds, Hand. Cannot. Erase. is the next logical step for Wilson. An album that is nothing like its predecessors but could absolutely not have happened without them, it may well prove to be the breakthrough record for Wilson that began with the unexpected success of The Raven. An artist already on the cusp of even greater acclaim and popularity, were that to happen, it would be such a great thing for a music industry that has relentlessly dumbed things down over the years. As someone capable of delivering accessible music that is, at the same time, compositionally and lyrically deep—detailed and, at times, unapologetically complex—Wilson makes absolutely no compromises in doing what he does. And yet, almost in spite of it all, his star continues on an increasingly rapid upward trajectory.

One can only hope.