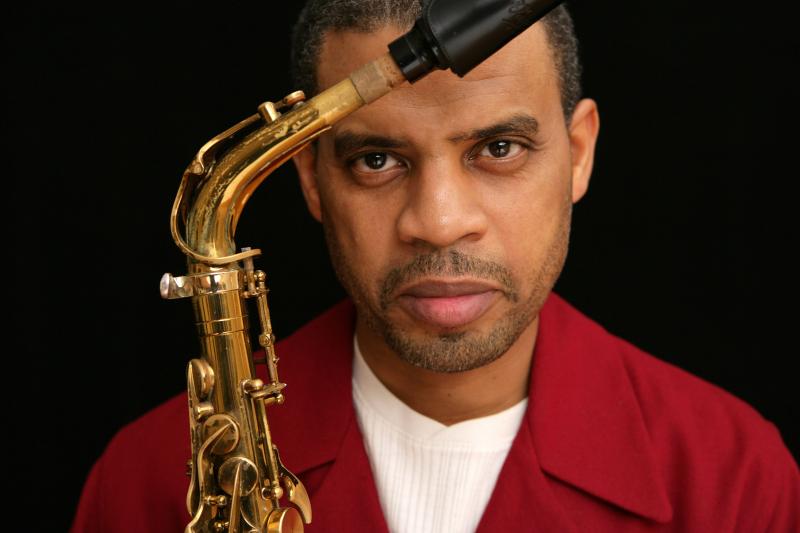 By JOAN GAYLORD
July 4, 2013
Sign in to view read count
"I think jazz education, frankly, is in crisis."

Saxophonist Steve Wilson voiced this strong opinion in response to a recent article about the effects that budget cuts have had on many American school music programs. Sitting in a practice room at Juilliard, he shared his concerns about the current state of music education and how he has watched things change over the last 20 years.

An accomplished musician, Wilson is also an educator who has served on the faculties of some of the country's finest music schools, including Juilliard, Manhattan School of Music, and SUNY Purchase. His students' music education has not suffered from school programs left in tatters.

However, his vantage point leaves him convinced that budget cuts are not the only problem affecting the future of jazz and the preparation of the newest generation of musicians.

"We are getting many students who are technically proficient— in many instances are amazingly proficient— and some of them with prodigious talent," he explained. "But many of the students don't have an understanding of why the rest of the world digs American music—because [audiences] connect with this central thing that is uniquely American, blues and swing. It is the DNA of our music. That lack of connection, lack of awareness, I say, is a real crisis."

It is not that students don't hear music since digital file sharing and YouTube have allowed access to more recorded music than was imaginable just 10 or 15 years ago. BBut Wilson believes these digital opportunities have separated the music from its context while creating a gap between young musicians from more seasoned artists and live audiences. It is the same difference, he said, between communicating with people on Facebook and sitting down to talk with them in person.

"Jazz is fundamentally folk music, so communication with and to an audience is part and parcel of performance," Wilson says, adding, "Give me four or five notes that will stay with me after the performance that I will still be thinking about six months later."

What does he find instead?

"I see it more and more every year—young musicians want to get to the more cerebral side of the music. How difficult can we make it? How challenging? How many notes can I play in two beats? Can I play in 7/4 and 15/8 instead of 4/4 and 3/4?"

ADVERTISEMENT
Wilson doesn't blame the students instead he blames the media and schools. He blames the media for its pervasive attitude that focuses on acquiring objects rather than appreciated aesthetics. He points a finger at schools that fail to teach the true story of American history. A cultural history that allows students to understand how blues, swing, and rock reflect the events of each decade.

He believes the "two-tier music education" that he and others of his generation received better supported this awareness and better prepared them to be musicians. Like many others, Wilson had the benefit of a high school program that included lessons as well as performance opportunities in wind ensemble and marching band—the very things that have been cut from many schools today, he notes.

On weekends, members of Wilson's generation played in garage bands and teamed with local musicians for gigs at school dances and the local Elks Lodge. They watched bands on television and set out to emulate the styles they liked best, whether it was the Motown sound or Blood, Sweat & Tears.

Those early efforts allowed many of the musicians to transition to early careers. Wilson delayed college for a year to play professionally. Though he did enroll at Virginia Commonwealth University to better learn the theory behind the music, he took another year off between his freshman and sophomore years to tour with Stephanie Mills—an emerging artist at the time.

His time on the bandstand was spent soaking up lessons from his elders. This provided him with an opportunity to learn the craft as well as music theory, both which he believes are essential for a musician. Touring allowed him to realize the importance of the music he was playing and helped foster a respect for it that he tries to awake in his students.

What would he do if he could change the way music is taught today? Wilson says he would expose students as young as elementary school to the work of the great musicians and help them to see that it is part of the story of America. To illustrate his point, Wilson referred to the chapter in American history when segregation was the norm. It was a shared love for jazz that impelled people to override local laws and integrate music venues both on the bandstand and the audience watching it.