The Blitzoids: Stealing From Helpless Children / Look Up

By Brad Glanden
February 15, 2007
Sign in to view read count 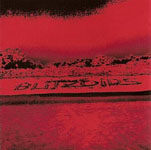 Who were the Blitzoids? The few available resources on the band make one thing perfectly clear: they sound a lot like seminal no-wave band the Residents. It's true: the early work of the Residents—before they started wearing giant eyeball masks, employing narrative structures, and presenting themselves as "pioneering" technophiles—looms large over the Blitzoids' two LPs, reissued as a two-CD set by Ad Hoc Records.

However, if one listens to the Blitzoids under the myopic pretense that they were little more than a Residents knockoff, there will be an unavoidable temptation to turn them off and listen to the genuine article instead. Taken on their own merits, the Blitzoids were more advanced musically than the Residents, if less revolutionary, and their collected works have a cumulative effect that can be thrilling—provided you have an open mind.

If comparisons must be made, then imagine putting the Los Angeles Free Music Society, Fred Lane, Fred Frith, various field recordings, radio transmissions, and a haunted house sound-effects tape into a blender. After the blender shakes violently and explodes, spraying globules of audio lunacy across the room, you giggle and dance around like a moron. That's what listening to the Blitzoids is like.

Each track is a mini-movie for the ears. "Left or Right?" utilizes Donald Duck laughter for a bizarre refrain; "Try and Stop Us" is a complex sound collage that recalls Evan Parker at one moment, Penderecki at another; "Middle of Nowhere" shifts from a tribal jam session to an imagined Carl Stalling horror film score. It's all held together with catchy vocals, cheapo synth drums and Chris De Chiara's inspired guitar work, which can echo anything from John Abercrombie to Snakefinger. For uneasy listening, Stealing From Helpless Children is surprisingly listenable.

1990's Look Up is even more adventurous. The raw materials haven't changed—backwards tape and talk-radio excerpts abound—but each track is so densely layered that it takes many listens to absorb it all. The songs are still accessible: the lyrics to "Good Vacation" are worthy of Bob Dylan's best hallucinatory narratives, accompanied by music that is more appropriate than Dylan ever attempted.

Rounding out this reissue are eight bonus cuts, including the band's funniest achievements. "Fire on the Mountain" transforms an old fiddle tune into a hoedown from hell, and it's hard not to crack a smile through mangled versions of "A Summer Place" and "The Witch Doctor."

The Blitzoids might have worn their influences on their proverbial sleeves, but their music stands on its own. Give them a listen if your tastes run to the left of strange, or if you just want something to listen to while you're getting blitzed.