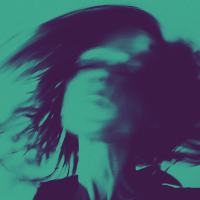 Formed in 2014, London's Let Spin is an electric quartet peopled by musicians who emerged around a decade earlier as part of a scene which was rather lazily dubbed "punk jazz" by British music journalists. The music was certainly loud, irreverent and in-your-face, but it was played by musicians who were conservatoire graduates, a demographic not associated with punk in its original knuckle- scraping manifestation.

Let Spin's Ruth Goller and Chris Williams were members of two of the era's most ferocious outfits. Electric bassist Goller joined tenor saxophonist Pete Wareham's Acoustic Ladyland in 2007. Alto saxophonist Williams was a founder member of Led Bib in 2003. Electric guitarist Moss Freed first came to notice as leader of Moss Project, which he founded in 2009. Drummer Finlay Panter is perhaps the least widely known member of Let Spin, at least in the UK, partly because he has spent years based in Berlin and also because, outwith Let Spin, his most high-profile British band is the Manchester-based Beats & Pieces Big Band, an excellent outfit but within a genre which is hardly le dernier cri.

As a unit, Let Spin is as tight as Fred Astaire and Ginger Rogers—Steal The Light is the group's third album and it shows. Do not look for hummable tunes or theme- solos-theme structures. The music is high energy and intense, but it is also intricate and nuanced; and while it is played with passion, it is also cerebral. It demands the listener's attention and that attention is rewarded. The album will appeal to anyone who enjoys the steaming alto saxophone and drums duo JZ Replacement's March 2020 debut, Disrespectful (Rainy Day Records), another outing which finely balances visceralism with virtuosity.

As a bonus, Steal The Light is also immaculately produced and mixed, by Alex Killpartrick on seven tracks and Kit Downes on another. The sound is crisp and punchy with each instrument shining brightly. Lovely stuff all round.