BY GLENN ASTARITA
May 20, 2014
Sign in to view read count
Track review of "Yesterdays" 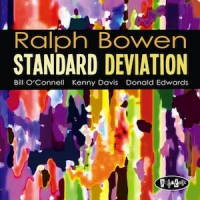 Tenor saxophonist Ralph Bowen (Out Of The Blue, Horace Silver, Michel Camillo) is a highly regarded New York-based artiste and an idea man who can stand with the best of them. With his fifth solo venture for Posi- Tone Records Bowen tackles standards, and as the title intimates, he often deviates from the norm.

Jerome Kern's "Yesterdays" receives a Latin uplift, sparked by venerable pianist Bill O'Connell's topsy-turvy opening statements and bristling unison choruses with the rhythm section. From this point onward, they spring into a buoyant romp as Bowen stokes the coals via a ferocious series of choruses. He adds enough bite to impart a distinct edge, yet interweaves his melodic flair into ultra-fluid lines and improvises within the lower to medium registers. But he doesn't waste any notes and injects a few emphatic honks and squeaks into the upper-registers to raise the pitch with a stirring climatic assault while also infusing brevity into O' Connell's flavorful arrangement. Ultimately, Bowen and his first-class ensemble ruffle a few feathers and take matters into their own hands by not tendering literal readings of these rather shopworn works. (Zealously recommended...)

Isn't It Romantic; No Moon At All, Yesterdays; You Don't Know What Love Is; You Stepped Out Of A Dream; Spring Is Here; Dream Dancing; By Myself