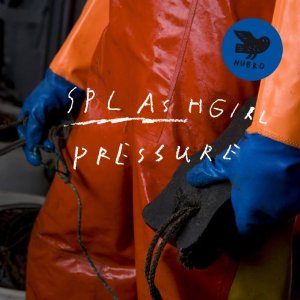 This radiant album from Norwegian piano trio Splashgirl is unlike anything that came before it, except, in some measure, its immediate predecessor, Arbor (Hubro, 2009), whose trajectory it develops. Certainly, nothing quite like it has come out of central Europe or the US. An approximate comparative starting point would be the work of Australian trio The Necks, with which Splashgirl shares a fondness for quietness, pretty tunes, gently mesmerizing grooves and trippy electronic manipulation.

But there is none of The Necks' embrace of stasis, and considerably more throbbing red blood running through Pressure's veins, an engaging passion even at the quietest moments, which during the second half of the disc builds to sustained passages of high temperature, funked-up intensity.

To bridge such disparate extremes would be novel in itself, but Pressure does more than that. Imagine the piano music of Erik Satie, or John Cage in lyrical mode, with bass ostinatos and motor rhythms, and keyboard textures as entrancing as any produced by Brooklyn's bent-circuit wizard Marco Benevento, and you are heading in the right direction. And there is plenty more scenery, besides, to enjoy.

Pressure is Splashgirl's third album, following Doors. Keys. (AIM, 2007), an elegant but relatively conservative set, and Arbor. As with those discs, Pressure includes a rolling cast of additional musicians, of whom the most important here is Juhani Silvola. The guitarist, who lists musique concrète and Japanese pop as primary interests, is active in diverse fields, from an acoustic duet with Scottish traditional fiddler Sarah-Jane Summers, to the spacey folk/pop electric quartet Sacred Heart, which also includes Splashgirl drummer Andreas Lønmo Knudsrød. Here, on reverb-laden electric guitar, and with more than a nod towards composer/arranger Ennio Morricone, he creates a gritty, spaghetti western-like presence that adds significantly to both the charm and sinew of the music.

What Pressure utterly lacks is stereotypical Scandinavian gloom. The vibe is playful and redolent of summertime. "Devata," the opening track, which opens with sustained (guitar?) notes resembling stroked Tibetan temple bells, before adopting a trademark Splashgirl heartbeat rhythm—variants are heard throughout the album—is moody enough, like Malian desert-blues guitarist Ali Farka Toure transposed to a Nordic snowscape; but Toure has brought the sun with him. A warm, melodic vibe is maintained through the next three tracks—the bittersweet "Alpha State Of Mind" is achingly lovely—before "The Other Side," at the album's midpoint, turns up the thrustometer.

Twice, "The Other Side" stops abruptly before restarting, ramped up, until it reaches high-volume urgency. Silvola's grunge-like slash and burn rides the wave and guest vocalist Mari Kvien Brunvoli adds another, wordless layer. The intensity continues on "Concerning This Square," driven by Jo Berger Myhre's rapidly-bowed bass and a rapid, clavé-like sticks beat, and underscored by guests Erik Johannesen, on tuba, and Martin Taxt, on trombone.

Although the spirit with which they are performed initially disguises it, most of the tunes on Pressure are through-composed. What little improvisation there is comes on the 9:53-minute closing title track. For around five minutes, the core trio, without guests, engages in relatively free, collective improvisation—characterized by sustained cymbal splashes and harpsichord-like prepared piano—until Myhre's busy arco bass establishes a common tempo and the group settles into another vibrant groove.

Tracks: Devata; Creature Of Light; Alpha State Of Mind; Ravine; The Other Side; Concerning This Square; Pressure.