SSS-Q: Songs From My Backyard

By Eyal Hareuveni
February 21, 2014
Sign in to view read count 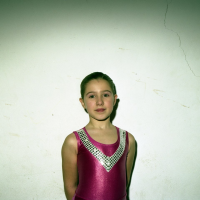 Portuguese, Porto-based trumpeter Susana Santos Silva emerged in recent years as one of the most original and articulate voices in the European avant-jazz and non-idiomatic music due to her part in the chamber Lama Trio, that already released two albums (