By Clifford Allen
January 25, 2009
Sign in to view read count 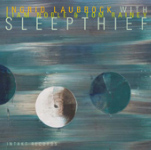 Sleepthief is an album in heavy company—as with any lineup featuring saxophones, piano and percussion, it will inevitably be compared with almost four decades of work by the Alexander von Schlippenbach Trio, as well as Cecil Taylor's 1962 trio with Jimmy Lyons and Sunny Murray and perhaps even the Lester Young-Nat King Cole-Buddy Rich trio of 16 years prior. The work of soprano/tenor saxophonist Ingrid Laubrock, pianist Liam Noble and drummer Tom Rainey might miss being shored up against decidedly different works in the canon and, most importantly, one might not let the three participants and their dynamic improvisational choices play out in time. After all, Sleepthief is nothing like its three-limbed predecessors.

Munster-born and London-raised Laubrock has recorded with Noble previously under somewhat different parameters—a duo which saw them engage Monk, Konitz, Ellington and others with a more tightly-controlled air. Here, the fetters have been all but pulled away and the three stretch out on nine group improvisations. Laubrock studied with Dave Liebman on a year-long visit to the States in 1998-99 and it sometimes shows in her velvety, bell-in-the-thigh tenor improvisations, which rise from purrs to preachy shouts and tumbling runs in a few short bars. On the title track, Noble echoes Monk with a slick edge to his playfulness, pattering exuberance bringing a chorus of yelps from Laubrock's tenor. "Oofy Twerp" reiterates the wiriness of the trio's texture of tugs at the piano's guts and a dissected rumba, while soprano darts, winnows and curls upwards of rhythmic beams.

Yet left out in approaching the trio's burly spontaneous architecture is a focus on sound, both in mergers and isolation. Unaccompanied, Laubrock's soprano finds an affinity for shakuhachi, or letting split tenor tones hang in the air, whether or not a cross-stitching of mallets and ivory are there to support with an under-weave. That's not to say Sleepthief isn't eminently conversant—seemingly contained statements suddenly breed rustle, giving way to the thrum of an East European racehorse. But the trio's high-octane playing rises from languid, near idle talk, an energy that comes from detail and to pregnant silences it always returns.