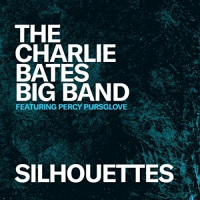 This forty-minute session opens with "Cyanopsia," which essentially means seeing everything with a blue tinge. A strong and memorable head played by the ensemble leads into solos, of which the first is guest Percy Pursglove, an increasingly in-demand trumpeter (and currently a tutor and alumnus of the Birmingham Conservatoire). "Almost Gone" is predominantly pastoral in nature, punctuated by some more effervescent ensemble playing and fine soloing from Pursglove.

The light and shade of "High-Rise" follows in the footsteps of the great jazz orchestra leaders, notably Duke Ellington and the UK's Sir John Dankworth, whose various big bands were populated with some of the greatest jazz musicians in the world, including Cleo Laine, John McLaughlin, Dave Holland, Michael Gibbs, Dudley Moore and Kenny Wheeler. Pursglove again turns in a bravura trumpet solo.

"Eyes Shut" begins ruminatively but is consolidated by more strident ensemble passages. The finale, "Eyes Open"—at just over ten minutes the longest track on the album—begins in a pastoral vein but gradually gathers momentum, ending climactically.

This debut big band album, written and recorded whilst Bates was still studying for his first degree, is highly commendable. Replete with sophisticated arrangements, moments of sheer delight and exuberant playing from a youthful ensemble, it speaks very well of the state of jazz today in the UK.

About The Charlie Bates Big Band