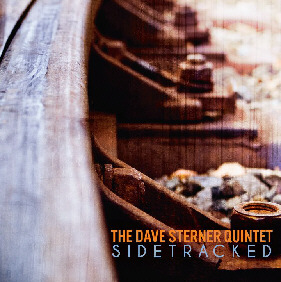 While this sophomore effort from saxophonist Dave Sterner and his quintet is something of an excursion, bulleting the boys out of their home base in Cleveland to romp in Southern musical locales like New Orleans and the Caribbean Islands, Sterner hardly sounds sidetracked. That is, his intentions seem clear, his hand steady at the wheel—no careless Casey Jones driving this train.

Nevertheless, the pace is quick, jumping out of the gate with the bebop piece, "Mine—or Yours." "Where Y'at," is something of an homage to saxophonist and New Orleans native John Ellis, and the spirit of Ellis and his hometown radiate across not just this number, but, in fact, the opening quartet of tunes. Sterner shares that ability, with Ellis, to pitch infectious, hopping melodies which, despite their lightness, prove more than adequate as the foundation for substantial compositions. There's a lively party feel to these opening tracks, with ample doses of hard bop, blues and funk. Sterner drives strong, energetic solos that whiz by with a precision almost too well engineered. There are, however, several spots in "Rotten Eggs" where he thrills with the threat of jumping the tracks. And, even if there's no perceived danger, the tightly wound energy of the entire band, both as individuals and as a unit, keeps the sparks flying throughout.

After that up-tempo slate of tunes, the ballad "Waiting" enters as almost too abrupt a detour, with a minute's worth of solo, Sondheim-like piano from Roger Friedman, before Sterner breezes in on soprano sax. But then the rest of the band comes in, filling out a wonderfully sway-inducing melody that in turn (and again like Ellis' music) sprouts harried, yet feel-good noodling. Here, Sterner's duet with tenor saxophonist Chris Burge is one of the album's highlights. Bassist Glenn Holmes also offers a nicely melodic, spongy solo.

If a quick shift, "Waiting" emerges as perhaps the album standout—a track always pleasurable to return to. And after it, the album adopts a softer feel, even if the soloing remains quick and bop-oriented. The remaining tracks glide on a rail of a relaxed, mid-'60s groove of the type favored by Wes Montgomery, and pass pockets of warm Latin swing, culminating in the danceable "Samba Dis, Samba Dat." As a whole, this is a highly enjoyable, pulsing record from a tight, energetic band.