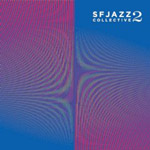 The SF Jazz Collective's 2004 inaugural season resulted in an eponymous live recording of reworked Ornette Coleman tunes and originals, SF Jazz Collective (Nonesuch, 2005). The second disc in the series, also part of an independently released multidisc set, offers further evidence of the new mainstream's potential for modernity and innovation through a special focus on the music of John Coltrane. It also demonstrates the continued growth of saxophonist/artistic director Joshua Redman, who has only recently begun to deliver on earlier promises.

Five of the eight original members returned for the second season, so there's enough continuity to keep the group's sound intact. But three newcomers offer an infusion of fresh blood and subtly alter the group dynamic: bassist Matt Penman, trombonist Isaac Smith, and drummer Eric Harland. Harland's greater potential is only beginning to be felt on recordings with Terence Blanchard, Charles Lloyd and Kenny Garrett; he has the same capacity for stylistic diversity and intuitive responsiveness as Brian Blade, the group's earlier drummer, but with a more distinctly focused and less slap-dash style.

For this collective tribute to Coltrane, arranger/musical consultant Gil Goldstein adapted a cross-section of the late saxophonist's pieces from the late '50s and early '60s. The energetically swinging "Moment's Notice may feel somewhat conventional, but an episodic revision of "Crescent" runs the gamut from a rubato intro to its balladic theme and, ultimately, the relaxed swing of the solo section. The sheer understatement of Goldstein's vivid-hued reharmonization of "Naima" makes it his most compelling, and the piece features a concise, lyrical and richly narrative solo from vibraphonist Bobby Hutcherson. Goldstein may well be the torchbearer of his namesake, Gil Evans, bringing material into the 21st Century without losing what made it important in the first place.

Of the original compositions, trumpeter Nicholas Payton's aptly named and idiosyncratic "Scrambled Eggs stands out, with constantly shifting and staggered tempos that provide a complex foundation for Payton's best solo of the set. Redman's "Half Full is an equally detailed piece that exploits the timbral possibilities of blending the horns in various permutations before heading into an inspired motivic solo by pianist Rene Rosnes that's empathically supported by Penman and Harland.

The SF Jazz Collective has just completed a third season tribute to Herbie Hancock, which will be documented on record in the future. This winning combination of musicians manifests a clear appreciation of the tradition, but they filter it through a perspective that allows for more rhythmically and harmonically complex writing, arranging and playing than some of their peers—artists who adhere rigidly to the reductionist trappings of the Great American Songbook. With an outstanding arranger/musical consultant and an artistic director who clearly understands the meaning of balance in all things, SF Jazz Collective 2 is further evidence that mainstream jazz needn't be inherently restrictive.