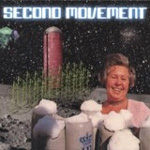 Second Movement, the eponymous release by this supremely funky band, is a love-in for the jazzer who likes to move to the groove, even if only at times. Put this disc on your player and you will simply have to move your body. However, these musicians have the genre down to a science and obviously take great pride in being as tight as tight can be.

If you spend much of your listening time in the more subtle and complex rivulets of jazz, Second Movement might very well be refreshing. It might also begin to engage your mind, since these fellows know how to create track architecture which ebbs and flows, leading to a climax. While the music is not harmonically sophisticated, the sum total of the sound, and the way each track evolves through the solos, is more than enough to maintain interest.

Being in a band that thrives on rhythm and groove, drummer Matthew Tredwell and bassist Justin Kimmel lock together to create the main groove that forms the backbone of each track's identity. Keyboardist Thomas Shaw adds the next layer, using various amounts of differing electronics to create a solid wall, when he is not soloing, in front of which Mark Hanna's guitar and David Caputo's alto can play.

What Hanna does is very interesting since many times his sound merges with that of Shaw's. (Or is it vice versa?) When he's not soloing, he comps, plays repetitive figures and generates fills which merge into the overall sound. Hanna and Shaw can easily be thought of as an extremely tight single entity whose efforts build the background.

The more I listened to this record, the more impressive it became as my ears teased apart the layers; the total sound picked me up and practically threw me around the room. In the end, while the record displays Second Movement's extreme skill at what they do, this music is the kind that just must be heard live. Damn!