By Troy Collins
October 4, 2006
Sign in to view read count 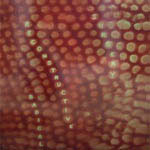 Celebrated hip-hop producer Scotty Hard realizes a longstanding ambition on Radical Reconstructive Surgery: the pairing of keyboardists John Medeski and Matthew Shipp. This album documents the first-ever recorded encounter of the two players, both former students of the New England Conservatory of Music. Half the pieces consist of written collaborations between Medeski, Shipp and Hard; the remainder of the tunes were written by Hard.

Medeski and Shipp are joined by stalwart bassist William Parker and rising drummer Nasheet Waits. Effortlessly flowing from one funky gambit to the next, Parker and Waits lay a solid, rhythmic foundation with in-the-pocket grooves. Mauricio Takara intermittently adds percussion, while DJ Olive introduces subtle atmospheric textures into the mix. Hard's understated contributions provide the sort of focused sonic cohesion that supergroup meetings such as this often lack.

The soloing here is brief and thematically concise. Medeski and Shipp are more concerned with texture and ambience than endless virtuoso noodling. Anchored by the rhythm section's heavy bottom end, the keyboardists chime in to accentuate the mood, dabbling in brief discourses. Mostly it's an amalgamation of Medeski and Shipp's personal styles. Only "Anatomy of Melancholy" sounds anything like a typical MMW groove, with its ebullient shuffle rhythm, cascading piano riff and punchy bass line. "Cocktail" conjures the swinging futurism of Sun Ra in just under two minutes. The majority of the session is dominated by cybernetic funk and moody sci-fi ambience, awash in old school retro-futurism.

Another successful collaboration from Thirsty Ear's Blue Series, Radical Reconstructive Surgery is truth in advertising about Scotty Hard's augmentation of a studio recording between two like-minded masters. Funky, adventurous and succinct, it delivers all the best traits the series has to offer.