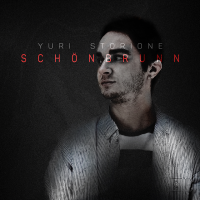 When the title track of Schönbrunn, Basel-based pianist Yuri Storione's leader debut, awakens the ears, it's clear that a forest of future talent has already sprouted a few robust trees. One of three originals peppered throughout the set, it opens the album in repose, treading softly yet surely, and with a depth of calculation rarely seen in one so young. Storione has a muscular yet fluid touch, at which the keyboard goes boneless. Bassist Zhu Haiming, in addition to adding heft to the backdrop, solos in unassuming fashion, treating the spotlight not as an opportunity for showmanship but to plumb his emotional reservoir for lyrical treasure. Drummer Jae Won Lee likewise delivers on his promises without self-interest, rather providing whatever a melody needs to reach the next stage of its journey. As a unit, the trio works tenderly but is unafraid to add stars to the night sky with its perforations. Such balancing of the horizontal and vertical further infuses Storione's "For Beka" and "Meditation on the River." The first is a groovier outing, gorgeously underpinned by the rhythm section, which tessellates beneath Storione's thematic stratum. The second is a retrospective, mid-tempo gem. Both reveal the sheer gradations of subtlety through which the musicians interact.

Although the surrounding landscape is populated by jazz standards, these more often reveal the rigor of the bandleader's classical training. The familiar strains of "On Green Dolphin Street" and "Sandu" underscore a musician of immense structural integrity—one who, like Keith Jarrett, understands that a tune must hold true from beginning to end and that even the most impassioned improvisations never lose hold of what prompted them in the first place. The abstract geometry that introduces Storione's take on "All the things you are" likewise feels grafted into the smoother denouement.

The trio's greatest strengths, however, are in its equanimity of contrasts. Between the crispness of "Caravan," refreshing by especial virtue of Lee's riffing, and the balladry of "The song is you," in which Storione toes the line between legato and staccato phrasings, has been sown a wealth of harvestable possibilities. And therein lies the power of this music: no matter how strong it presents itself to be, Schönbrunn is like an album of photographs so timeworn that they might crumble at the barest touch. All of which makes their persistence so optimistic to behold.

Schönbrunn; Caravan; The song is you; For Beka; Sandu; Meditation on the River; All the things you are; On Green Dolphin Street.