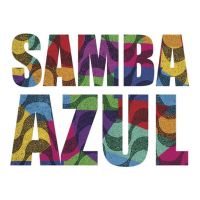 If Brazil had hands, it would grab you and never let you go. It is as much an emotional feeling as it is a location on a map. It is this that inspired drummer Adam Osmianski's 2019 project, Samba Azul, a compilation of beloved Brazilian standards.

The musicians capture the spirit of diversity inherent to Brazilian music, making this record a great introduction for the yet-to-be-initiated. Another aspect of Samba Azul is its commentary on London's modern music scene. Young, innovative musicians are weaving new life into the city's cultural fabric. Osmianski's group throws force behind that momentum, simultaneously adapting to the changing scene and engineering new directions. The record also reflects Osmianki's acute awareness of his audience; he taps into that culture of fun that seems so emblematic of London's listening community these days. The tracks are short and injected with excitement without the sacrifice of quality that one would expect from such an ensemble of high-caliber artists.