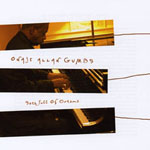 The term "journeyman musician" is an often misunderstood and unjustly maligned one. Rather than its "jack of all trades, master of none" connotation, in the sphere of music it more often refers to artists who seamlessly straddle multiple genres while retaining their individual voices no matter what the style. Pianist Onaje Allan Gumbs may well be the definitive journeyman musician, having worked with everyone from Woody Shaw to Gerald Albright and Ronald Shannon Jackson. His own records have been equally diverse, and yet there's always been a fundamental combination of confidence and humility that's made every record a gem, regardless of where they land stylistically.

Sack Full of Dreams is a marked departure from the more heavily produced Remember Their Innocence (Ejano, 2005). Recorded in only a few days, it bears the unequivocal feel of a "live in the studio" project that literally bursts out of the speakers.

Only the core trio of bassist Marcus McLaurine and drummer George Gray appear on all tracks (with the exception Gumbs' elegant solo reading of the classic "Try to Remember"). Still, this is no large cast but, instead, a smaller cadre of players who ensure consistency throughout. Remember Their Innocence had its own cohesiveness, but it was more through Gumbs' overriding vision. Here there's no less vision, but there's a greater chemistry across its 65 minutes.

A funky reworking of Herbie Hancock's "Cantaloupe Island," McLaurine's bossa-vibed "Destiny" and Gumbs' own soulfully grooving "Stank You Very Much" are fleshed out to a quintet featuring guitarist Bob DeVos and percussionist Gary Fritz, while Mark Shim adds some late-night, smoky ambiance to Gumbs' bittersweet ballad "Lament" and a burst of added energy to the swaggering "Nitelife." An experienced producer, Gumbs knows just how much instrumental breadth is required for each tune—no more, no less.

Regardless of context Gumbs has always been a player for whom melody comes first, and his solos here truly sing. That's not to suggest his playing lacks depth, fire or, at times, complexity. Underneath it all, however, is an ever-present desire to go beyond the impressive (which it is) and enter the realm of the meaningful. Even "The Fishin' Pond" (better-known as the theme to the 1960s television series, The Andy Griffith Show) coyly swings hard, demonstrating that in the right hands, anything can be grist for compelling interpretation. The title track may be by Gary McFarland and Louis Savary, but with guest Obba Babatunde's heartfelt vocal it's brought right into Gumbs' spiritual and philosophical universe.

Gumbs is a gracious and humble man, qualities that comes through in his selfless approach. But that doesn't mean there isn't complete confidence, whether he's executing staggering two-handed phrases or sharply accented chords beneath DeVos or Shim. Sack Full of Dreams is a fine mainstream record whose unassuming honesty is felt from the first note to the last.