BY BRUCE LINDSAY
November 5, 2014
Sign in to view read count 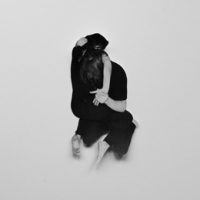 As well as possessing one of the finest band names in contemporary music, Wildbirds And Peacedrums—Swedish husband and wife duo Andreas Werliin and Mariam Wallentin—has also produced some of the most intense, atmospheric and emotive songs. The trend continues on Rhythm, which the band describes as its "going back to our roots" album. Written, performed, produced, recorded and mixed by the duo, the album is the result of some intense creative effort. The result is impressive: it seems almost impossible that percussion and voice alone (albeit with the assistance of overdubs) can deliver such a passionate set.

Wildbirds And Peacedrums' previous album, Rivers (The Leaf Label, 2010) featured the Schola Cantorum Reykjavik Chamber Choir on some of the songs. The choir gave those songs a heightened emotional impact, a power and an intensity that stayed in the memory for a long time. Rhythm doesn't have the spectral quality that those voices added to Rivers, but Wallentin and Werliin's production gives the sound such richness and strength that its energy is almost palpable.

The energy is directed in many different ways. The dramatic "Soft Wind, Soft Death" is built on Werliin's repeated drum phrase, a tense and explosive song that resolves its tension only with the fade out of the closing bars—Wallentin's overdubbed vocals almost match the wall of sound created by the Schola Cantorum Choir. "Keep Some Hope" is filled with defiance, Wallentin demanding rather than pleading, her chorus of "ooh, ooh" lightening the mood just a little. "Ghosts & Pains" combines a spooky vocal with a spare but funky drum groove, an irresistible but slightly disturbing composition. Hard-hitting percussion and confident vocals characterize "The Offbeat," another song whose lyrics disturb as much as its rhythms hypnotize.

Rhythm has rhythm, but it's also brimming over with melody, harmony and drama. "Everything is happening all the time," intones Wallentin on the closing track: she may be making a deep philosophical statement, but she also neatly encapsulates the extraordinary music to be found on this album.

Ghosts & Pains; The Offbeat; Gold Digger; Mind Blues; Who I Was; Soft Wind, Soft Death; The Unreal vs. The Real; Keep Some Hope; Everything All The Time.