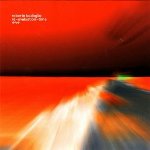 The band's energized and crafty rendition of sax great, Joe Henderson's "Inner Urge," looms as a major album highlight, where Badoglio and Hunt's linear synth soloing assists with elevating the overall pitch. Moreover, the bassist's supersonic bass riffs are a wonder to behold. However, two-thirds into the track mix, the lack of another musical voice amid Badoglio's continual soloing efforts, equates to a superfluous tone, where listening fatigue rears its ugly head. Essentially, the CD might serve a twofold process, since it would appear that Badoglio is either showcasing or posturing for more gigs via material that does contain some entertaining attributes. Regardless, he's a formidable player who communicates warmth, sensitivity and an enviable technique.

Scirocco's Theory; Perfect Landing; Kirby; Inner Urger; Abstract Love; Bruce Wayne On The Run; Whenever It Takes; Dojo; Essaouira Market; The Song Of The Wine, The Wind And The Roses; Albatross.