For Hutcherson and Tyner, the music has become so much a part of themselves it seems to emanate directly out of them, each note an organic part of their being such that it feels not so much like the music is being played as revealed.

The current incarnation of the famous McCoy Tyner Trio consists of Tyner on piano (of course), Al Foster on drums, and Charnett Moffett on upright, with special featured guest and fellow veteran of the road, Bobby Hutcherson on the vibraphone. This compelling combination of master performers and younger stars is currently touring to promote the upcoming release of the album Land of Giants which will include the same line-up(with Eric Harland on drums instead of Foster), and it was my distinct privilege to catch their last midnight set at Iridium in New York.
Just as it feels ridiculous to comment on Bobby Hutcherson’s long career as a preeminent innovator on one of jazz’s rarer instruments, it feels almost ludicrous to mention McCoy Tyner’s seminal contributions to jazz piano, both as John Coltrane’s collaborator, and later as composer and leader in his own right. Yet, it was precisely this lineage, and more specifically, his continued spiritual and musical bond to Coltrane that Mr. Tyner chose to emphasize by opening his set with an emotional spoken dedication to Coltrane, a dedication which only put into words what could be heard throughout the evening’s performance, a performance that began before the first note sounded on the blacked-out stage.
In fact, it had already begun before the crowd sank into hushed expectation. It had begun even before we’d been shepherded to our close-packed tables by Iridium’s disturbingly efficient staff. It had already begun long before we took our place in the long line of patient fans snaking from the club’s doors down the block and around the corner. All of us waiting. Waiting without the usual grumbling, without the usual babble and inane chatter. Simply waiting together, surrounded by the frantic clamor and commercial glitter of a New York Saturday night, waiting to hear the first notes of a performance that had already begun over 30 years ago and has continued, almost unabated, night after night, in venue after venue, on recording after recording, in country after country.
Which may be why a peculiar tone of reverence dominated the room, a reverence in direct opposition to the well greased mechanism of commerce which took orders, filled drinks, cleared tables, and processed credit cards. This was not just a set, any gig, this was one segment of the long musical exploration the musicians on stage, particularly Tyner, have been making their whole lives. It could be felt as soon as the first resounding ping of Foster’s ride hit and the first synchronous notes emerged from Tyner’s piano and Hutcherson’s vibraphone. It felt like stepping into an already flowing current, one that engulfed you, carrying you with it until you chose to step out, knowing it would continue on unabating.

The reason for this, I believe, rests not only on the obviously masterful interplay between Tyner and Hutcherson, but stems as well from the dynamic developed between the older members and the younger, particularly Charnett Moffett. Every note of Tyner’s playing emits a steel will and absolute control. Tyner’s strong lines and decisive attack contain the spiritual demand, intellectual challenge, and resounding call to action that link great playing to great oratorical displays, and reminds one why early jazz soloists were dubbed “preachers”. Melding perfectly with the harder edge of Tyner’s work, Hutcherson’s softer, and at times even mischievous, playing both tempers and extenuates Tyner’s statements. The effect thus created is one of both balance and challenge, Hutcherson’s line’s sometimes encasing Tyner’s, at others delving into them to twist them playfully. For Hutcherson and Tyner, the music has become so much a part of themselves it seems to emanate directly out of them, each note an organic part of their being such that it feels not so much like the music is being played as revealed. 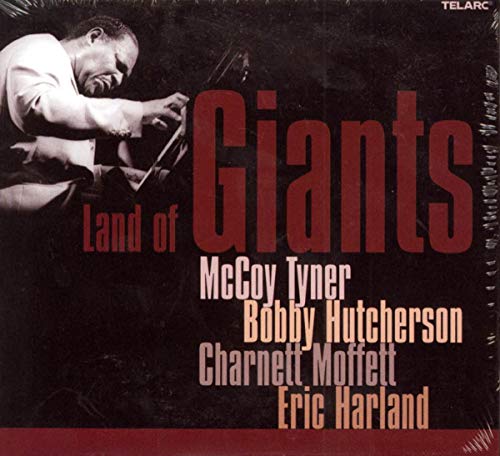 Add to this the immaculate precision and almost uncanny ability of Al Foster to simultaneously drive a fomenting pulse and underscore the other players’ spiraling turns, leaps, and falls with erudite snare and cymbal work rarely encountered. This reviewer feels compelled to pause for one moment and highlight the grace of Foster’s playing, particularly the quality and consistency of tone Foster manages to pull from his cymbals. This is something often overlooked in discussions of percussion, yet is a sign of immense ability and control. Reminiscent of Ed Thigpen’s in subtlety and clarity, Foster’s playing provides a lesson in percussive technique.

Saving the youngest member of the group for last, Charnett Moffet’s work on the upright deserves particular comment for two reasons. First, because of its astounding virtuosity, and second, because of the galvanizing effect his presence has on his partners, creating that special dynamic referred to earlier. Moffett employs a wide variety of techniques, covering the bass from end to end, popping strings, using double stops, and bowing. In fact, it seems that Moffett often exhibits in one solo a larger range of technique than most do on an entire album. Moffett possess those three invaluable traits of a bassist: an incredible interpretative ability, faultless timing, and a big, sonorous sound. (In fact, Moffett’s sound is so mellifluous and clear, one wonders what combination of skill and quality of instrument are being employed.) These skills alone would place Moffett in the “monster” category, but what places him on par with such greats as Ray Brown, Peacock, and La Faro, is his desire to (and success in) pushing the limits of himself and his instrument. A seemingly never ending fount of ideas flows from Moffett, both in his ensemble and solo work. His first solo of the evening was so mournfully evocative it took the breath away. Special note should be made of Moffett’s bowing, due not only to the relative rarity of its use in jazz, but also because of Moffett’s daring and innovative use. Simply stated, Moffett not only plays well, he creates, and it is this quality that really pushes the Trio into another realm.

This is not meant to imply that Hutcherson and Tyner are not still innovating, but it is Moffett whose playing stands out as truly searching. Perhaps this is because Hutcherson and Tyner have already established firm musical identities and whereas for them the music is always there, Moffett is still in process, is still building music, drawing it out of himself. The combination of these two processes on stage is what made of that one set a truly incredible night of music. Not only was each piece flawless and moving, I felt I was witnessing that strange aspect of jazz, namely the teacher-student relationship that continues to collide the jazz past with the jazz future, allowing masters to coexist with virtuosi youth, the one helping to shape the other.