BY BRUCE LINDSAY
October 24, 2009
Sign in to view read count 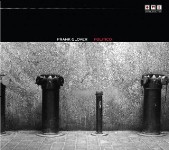 Politico was self-released by Indianapolis-based clarinettist Frank Glover in 2005. Four years later it has gained a commercial release and one question arises—why did it take so long? The breadth of writing, arranging and playing talent on this album is impressive, and the result is an involving and intensely emotional set of compositions that deserves wide exposure.

Three ensembles are featured: a quartet, a string orchestra and a 14-piece jazz orchestra. The album opens in fine style with the quartet performing "One Way Ticket." Both Glover and pianist Steve Allee produce strong, inventive solos while bassist Jack Helsley punctuates the number with a five note riff which, though simple and intermittent, becomes the central focus of the piece. The quartet also performs the title track and the 3 movement "Concierto para Quarteto." The "Concierto" opens with an evocative bass solo from Helsley which gradually develops a pulsing rhythm over which Glover and Allee play the delicate and graceful melody. The second movement is more playful, driven by Bryson Kern's skilful brush work, while the final movement begins in a more reflective tone as Allee and Glover take solos and the tune powers to an up-tempo and uplifting finale.

The string orchestra takes over for "The Last Blue Tang" and "A Thousand Ships," both of which are subtitled "music for film." "The Last Blue Tang" begins as a lush ballad, but the orchestra soon begins to sound a more threatening note and Glover's clarinet playing becomes momentarily frantic before the tune ends in a sombre and poignant mood. "A Thousand Ships" is a more traditionally romantic tune, but tinged throughout with an unmistakeable sadness. These are both emotionally affecting tunes which tug at the heartstrings—but neither is destined to accompany a happy ending.

Glover performs "Plastic Plants" with the jazz orchestra—it's an ambitious work which succeeds admirably due to Glover's skills as an arranger and composer and to the quality of the musicians. The work echoes George Gershwin, Leonard Bernstein and film noir soundtracks as it creates and develops a series of soundscapes across its 8 minute length. While Glover's clarinet is again superb, the entire ensemble is in terrific form on this evocative tune.

Frank Glover composed, arranged and produced Politico, as well as contributed his original and creative clarinet playing. The album is an astounding achievement—immediately engaging but with the depth and imagination to rival many far better-known jazz recordings.