By FRIEDRICH KUNZMANN
January 24, 2018
Sign in to view read count 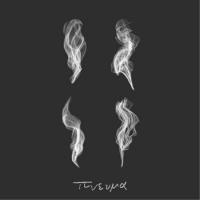 While continuously gaining more recognition in Japan since her 2010 debut album Kamisori Otome, singer-songwriter Ichiko Aoba (青葉市子) has unfortunately stayed under the sonar in more international waters. Since the release of her debut album at the age of only 19, the Kyoto-raised guitarist has collaborated with some of Japan's most prestigious and renowned musicians such as Ryuichi Sakomoto, Haruomi Hosono and Jun Miyake , exploring sparsely instrumented soundscapes of a very unique subtleness. After a successful collaboration with composer Jun Miyake for the play 9days Queen in 2014, she sought him out once more for the reinterpretation of her compositions at live-sessions in late 2016 and early 2017, culminating in the present recording Pneuma. Displaying a selection of performances from separate sessions, the album is divided in two—the second half benefitting from the addition of upright-bassist Hitoshi Watanabe, a long-time collaborator of Jun Miyake. Apart from Miyake originals "Lilies of the Valley" and "Frozen Tidal," all songs were written by Ichiko Aoba and are also featured in her back catalogue.

"Imperial Smoke Town," her biggest hit, which dates from her 2012 outing Utabiko, opens this set, displaying many of the elements that define her writing and performance. The piece is constructed as a small suite, blending different tempi, rhythms and textures. Ichiko's voice is thin and high pitched, adequately contrasting the deep frequencies of her guitar strumming which is pushed in the foreground by the remarkable production. Drums and Fender Rhodes play but a percussive role here, effectively widening the soundscape until emancipating themselves for a final climaxing minute.

The following compositions continue down this path of delicate sophistication. Steeped in highly dynamic spheres, Ichiko's side musicians choose their moments for input wisely, alternating between piano, trumpet, cello or double-bass but always finding the right time and timbre to add to the pieces.

The songs don't necessarily embody typical singer-songwriter traits. They are of a more atmospheric nature, Ichiko's voice often drenched in heavy reverb, thereby taking up the role of an additional instrument rather than that of a story teller. The highly skilled musicians supporting her come from a jazz background and apply their knowledge with adequate restraint, ultimately leading to this unique exercise in crossing and bending of genres.

"Hidokei" proves that this group knows how to get angry as well. The exposition, comprised of a wistful melody and percussive interplay between all involved, builds up to a contrasting, mysterious theme, with Ichiko aggressively digging into her strings while snare and cymbals stem themselves against frantically chromatic Rhodes punches.

Miyake's "Lillies Of The Valley," known to some for its appearance on the soundtrack to the award winning 2011 documentary "Pina" by Wim Wenders, gets a slightly sterile treatment, closing the album on more sober note. While Ichiko's guitar work is splendid and highly prominent in the mix, her vocals seem buried, giving an impression that she has forgotten the lyrics and has slipped into the singing of random phonemes. This small rotten edge doesn't poison an otherwise healthy and remarkably beautiful exhibition of craft.

Released solely in digital format, one can choose between three options of different Hi-Resolution rates to download from ototoy.jp. While certainly most of all a question of economics, this production simply deserves to be heard in superior quality, seeing how mp3's and bad cd-ripps wouldn't do justice to Japanese engineer zAk's meticulous job of dynamically capturing the liveliness of this group. Pneuma serves as a nice introduction to current stirrings in popular music in Japan and comes as a most welcome change to the western jazz sound.