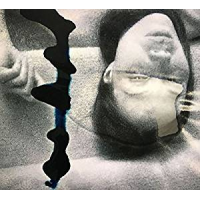 Paula Rae Gibson is a London-based artist who expresses the emotional pain she feels through poetry, photography and—in this collaboration with pianist Sam Leak—music. Music? Well, there's rhythm of sorts and plenty of heavy, dark chords to underpin a multitude of heavy, dark words.

Gibson's grainy, distorted sepia photos on the cover appear to show someone in the throes of either a nervous breakdown or an extremely dire hangover. Or both at the same time. Her songs are jagged, unfinished things, not easy to listen to. Now and again words rhyme, but not often. The general feel is of abstract eroticism—"She dances like a sensual volcano. From where comes such a woman?"

As Leak doodles dramatically on the keys, Gibson proclaims heroically, "I'll catch you when you fall." It's Frida Kahlo and Diego Rivera, take two.

"She lives to be desired—this woman no man can hold on to." Ideas for songs rather than songs themselves. Impressionistic, nerve-wracking. Lines such as "No one gets invited to my heart for very long" whet the appetite. Could this be—whisper it—a feminist love song? But there's no real follow-through.

"Rather Make Believe Than Make Do" is perhaps the most interesting track. Leak cooks neurotically behind Gibson's tormented declamations. "Lovely Rain" runs it close. The line "Life's a huge, glowing mountain" conjuring up visions of Ingrid Bergman stumbling around on the sulphurous slopes of Stromboli in that great film of the same name by Roberto Rossellini.

Permission; I’ll Catch You When You Fall; Deepest Down; Rather Make Believe Than Make Do; Second Best; Lovely Rain; Full Blown Love; Over Dark Waters.